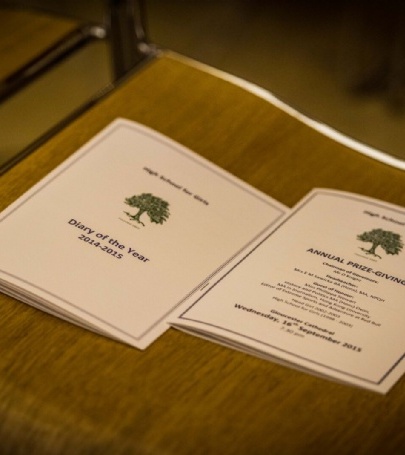 The issue of fair funding still needs to be raised with the Government as students in Gloucestershire receive less funding that in other counties. We desperately need a National Funding Formula so that every student in Britain attracts the same amount of funding. Currently the ten best funded areas of England have on average received £6,300 per student this year, compared to an average of £4,200 per student in the most poorly funded authorities. Gloucestershire in fact receives one of the lowest amount of money per student. I would urge all parents to write to their MP’s urging them to campaign for a National Funding Formula.

This year we were very lucky to have a professional photographer, Nick Reynolds, who took photographs at our actual Prize-giving. The photographs are fabulous and parents can view them at www.photoalbumboutique.com/hsfgprizegiving2015.

Parents have an option to buy the photos. Please just follow the instructions on the link. I hope parents like the photographs. Do please let me know what you think of the photographs.

I will be sending an e-mail to inform parents of the opening of the new build in the next few days. I hope many parents will be able to be present at the opening. I am just finalising who will open the new build.