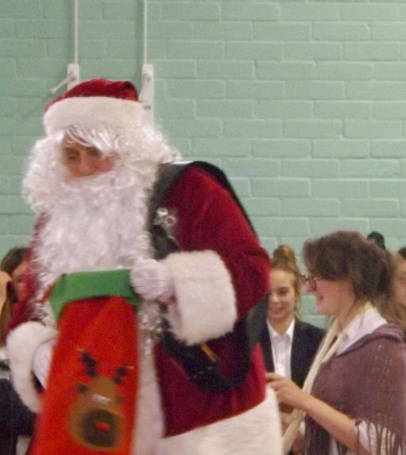 The High School's Staff and Sixth Form presented an alternative 'Night Before Christmas' and '12 Days of Christmas' at the last assembly of 2016.

The alternative 12 days of Christmas presented by the staff, included:

The Fairy Godmother and the panto dames made a return from last year's panto.

Musical accompaniment was provided by Mrs Day and Mrs Bowman.

The assembly finished with a staff mannequin challenge and the singing of a Christmas song.

Photographs from the assembly are in the gallery.