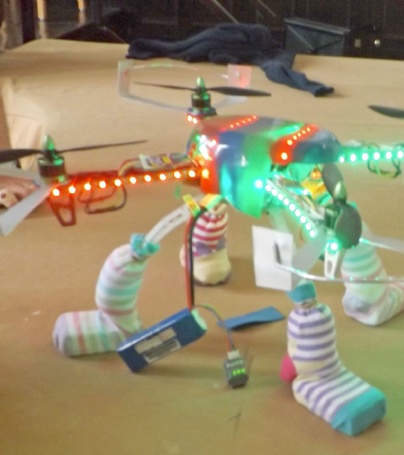 For the last three months seven Year 10 students, supported by Mrs Shaw and Mr Silverthorn, have been taking part in the Raytheon Quadcopter Challenge.

This is a national competition open to schools based near the five Raytheon offices around the country.  We were given the Quadcopter in kit form and had to build it from these components.  It was also part of the challenge to modifiy it beyond the standard components supplied, which was good for us as the original propeller guards were broken after a slight accident involving the Gym doors!  So ours is now in school colours, but with stripey socks, and metal guards! 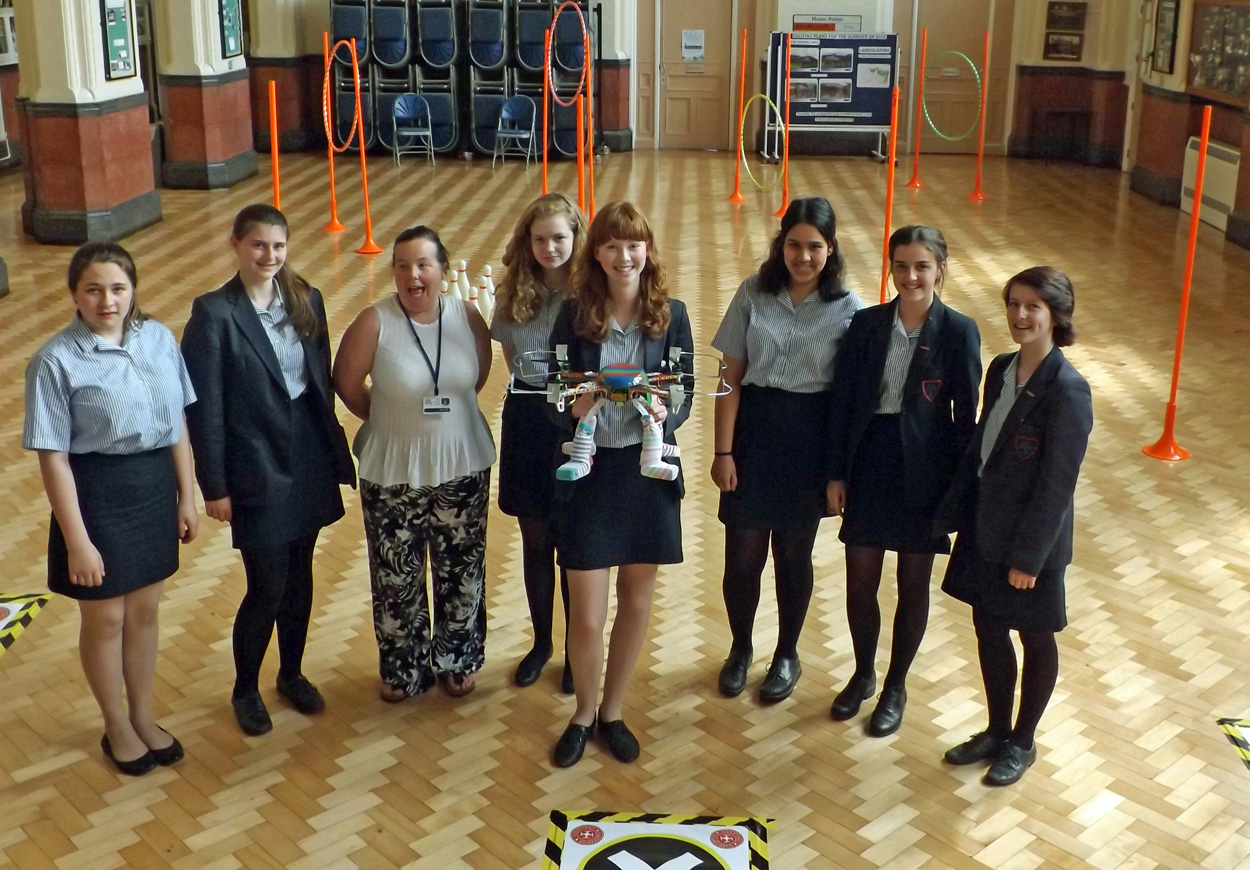 In order to qualify for the National final at the Stow Marie's Great War Aerodrome in Essex, we took part in the regional finals against Chosen Hill School on the 9th June.  An obstacle course was set up in our main hall that was designed to test the flying skills of the pilots and aerodynamics of our modifications.  Ellie Stubbs stepped up as our pilot and was able to complete the course with one second to spare.  Chosen Hill then completed the course more quickly but, due to some problems with their modifications, were unable to hover their Quadcopter.

The judges also gave points to the modifications made, the ideas behind those modifications, and the ability to complete the course.  When all this was taken into account, the High School qualified for the final.

The final is in Essex on 30th June where the High School for Girls' team will compete against the Scottish, Welsh, Essex and Lincolnshire teams.  We are modifying our design and making sure we are practising flying the Quadcoptor as much as possible!