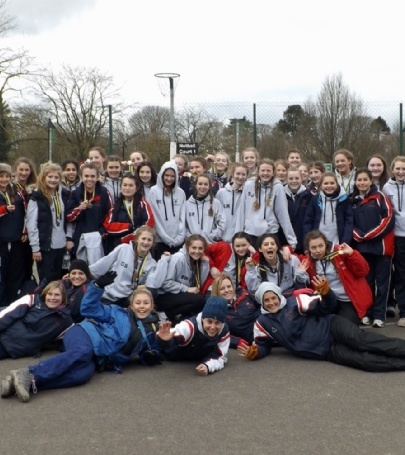 On Friday, 4th March 40 students and members of staff travelled to PGL Liddington to participate in a netball tournament.

We took five squads across Years 7–11 to play in the tournament.  During the weekend the girls played a number of matches against a variety of schools from across the country.  Whilst students were not playing netball they also had the opportunity to take place in a variety of PGL adventure activities, which presented a great opportunity for team building.  The quality of the competition in the netball was excellent and presented our teams with some strong opposition.  We enjoyed lots of close games throughout the weekend and the girls determination and effort were exceptional.  Our Year 10 team finished as runners up in the U16 competition and the Year 9 and 11 teams finished in third place.  A great weekend was had by all, although we were a little tired and hoarse after singing the school chant several times!