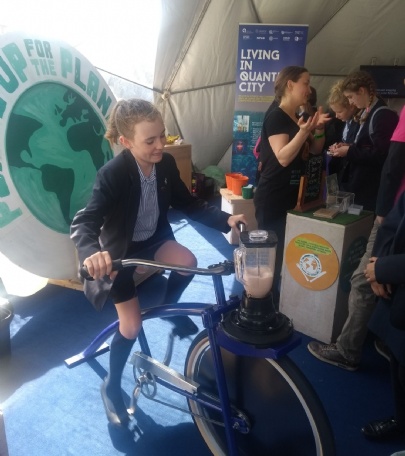 They attended a talk titled Science vs Magic, where the presenter went through a variety of different tricks relating it to Science experiments. Mr Greenough managed to become part of the act insulting the presenter early on. After the talk students split into two groups getting the opportunity to visit the discovery zone or EDF tent. Within the EDF tent students built remote controlled which then competed at a game of football. While those in the Discovery zone took on a variety of different challenges, including beating the Cheltenham Colleges high score at the memory game, twice.

Once the timetabled activities had been complete the students had free time to explore the tents outside, making their own vegan smoothies and seeing how far they could jump using different techniques.

All students appeared to have a thoroughly good time and the sun shone down all day.