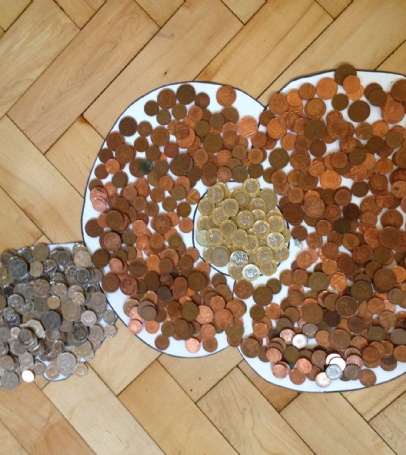 In the Year 8 assembly Miss Heeks (Year 8 Co-ordinator) spoke to students about the 2017 launch of the Poppy Appeal, with a particular focus on the centenary of the Battle of Passchendaele.

This year the British Legion has been selling a new type of Poppy called the Passchendaele Poppy, which is gold with a red centre and made from original 1917 shell fuses recovered from the battlefields. As a Year Group they recreated this poppy on the floor of the school hall in their assembly using coins. This money will be donated to the Poppy Appeal from the Year 8 students. They were given the opportunity to take a poppy, wrist band or key ring after donating their money. Well done Year 8!