I am writing this following the amazing first night performance of the school production of ‘My Fair Lady’.  If you attended you will know I am writing with a grin on my face, ‘With a little bit of luck’, on replay in my brain and an overwhelming urge to speak in a cockney accent!  If you didn’t join us, you really must put all our show and event dates in your diaries as you are missing an utter treat!
Events and performances are some of my favourite times because they epitomise our school.  Students put themselves out there to perform for us and spend days and days rehearsing to make sure they offer their best.  Others design the posters, the sets, help back stage.  Then there are the staff who give so much time to make this magic happen, and finally we all come together and appreciate the magnificence of their collective endeavours.

At this time of year, it is inevitable that some staff will choose to move on from our school.
Mrs Rolfe, Cover Supervisor, has worked with us for part of this year, we thank her for bringing cover lessons to life, and her support within and beyond the classroom.
Mr Wildman, Cover Supervisor, is also leaving us today. Mr Wildman has been with us for two years, as well as providing cover he has also given lots of his own time as a regular on Duke of Edinburgh expeditions, manning checkpoints and keeping the intrepid explorers on track.  He is leaving us to pursue a career related to his degree in Environmental Science.
Mr Hadfield, teacher of Latin, has supported students for many years, we thank him for enabling students past and present to achieve qualifications in this subject.
Now, every teacher is unique, but sometimes you meet those characters who epitomise the term. After 19 years with us Mrs Stuart is leaving today. Mrs Stuart has of course given her all in the classroom supporting students in lessons, but she has given so much more beyond that. Mrs Stuart gives generously of her time to students in one to one support, even coming in on her days off, and this week has worked backstage on the school production. She is also a huge support to the teachers in science, always there with a smile and a unique interpretation of life, the universe and everything. Mrs Stuart is forever young; she will give anything a go. She is a keen member of the staff triathlon team and believe me you cannot keep this woman off the dance floor at a school prom! Mrs Stuart, thank you for everything. We wish you every happiness in your new life in Devon.
And speaking of unique characters we are saying farewell to another genuine soul today. Mrs Rogers (nee Sams) has been an amazing teacher of RS, History and PSCHE over her years with us. She has also been a fantastic Year Coordinator always taking the time to make sure those in her care are supported. Her call of ‘Hi hon, how are you?’ as you pass along the corridors will be missed by all. I think it is fair to say she brought us much laughter and her zest for life is contagious.
And now we come to two partners in crime who are leaving today. Mrs Drew and Mrs Lloyd-Owen.
Mrs Drew has brought life to Business lessons here at Denmark Road, ably supporting students to achieve their best. Mrs Drew is a ‘can do’ character, if she has a task under her care you know it will get completed to perfection, she is also a straight talker which I hugely appreciate, when she speaks up you know you need to listen. Not only has she taught Business but also Photography as part of the INVEST curriculum and previously led the Extended Project Qualification, developing the skills of students beyond the classroom. Mrs Drew leaves us to pursue her own business making unique hand-cranked knitted items and teaching others to be similarly creative. So when in Stroud on the second and fourth Saturdays of each month pop along to her stall and pick up some beautiful socks or a hot water bottle for the winter months to come.  Mrs Drew, thank you for your service, we wish you every success as a hand cranking entrepreneur!
Mrs Lloyd-Owen last week clocked up 25 years’ service to our school! A quarter of a century! Starting as teacher of Economics and Business her leadership skills were soon recognised and for 17 of the 25 years she has served under 4 Headteachers as part of the Senior Leadership Team.  Mrs Lloyd-Owen has been Head of Sixth Form, ran the Language College for us and most recently has led the pastoral team within the school. Mrs Lloyd-Owen is someone who is always there. You can count on her. She is someone who gets the work done. She has given so much of her time to making sure others are okay. Mrs Lloyd-Owen we wish you a happy and fulfilling retirement. We know you will continue to support others through voluntary work but do hope you will now take time to spoil yourself.

Monica Sims, (Denmark Road High School 1936-1943), has left the school £20,000 and the PTA a further £20,000. Monica passed away in November 2018 at the age of 93.
She forged pathways for women in the media and senior management. In a career at the BBC spanning 40 years she was changed the face of broadcasting for women and children as editor of Woman's Hour and later the head of children's television. She was the most senior woman in the BBC when she retired as controller of Radio 4 in 1983.

As we celebrate the achievements of women across the world today for International Women's Day, our Headteacher Claire Giblin takes a moment to remember one of our own. 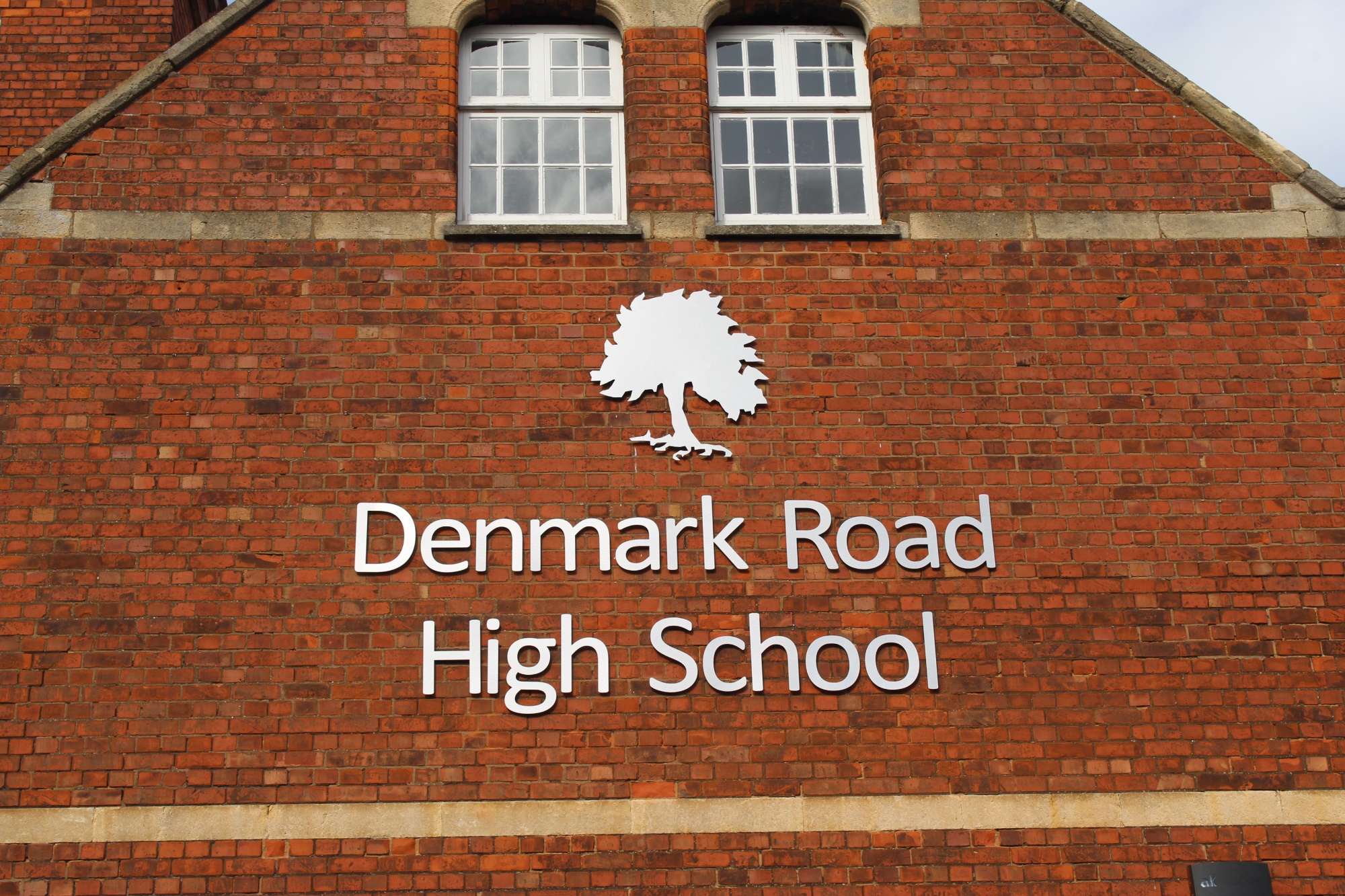 Sadly our former colleague Mr Michael Haynes, died peacefully during half-term.  Mr Haynes had been suffering from MND and had spent the last couple of months in Leckhampton Hospice.  Staff and former students celebrated his life at a Memorial Service in Tuffley.

Mr Haynes was an inspirational teacher, who helped countless young musicians.  He started the tradition of the Christmas Charity Concert in Gloucester Cathedral, which has raised tens of thousands of pounds over the years for various charities.  He worked with Mrs Bowman and Mrs Day to start the tradition of a summer showcase, highlighting performing arts talents.

The senior choir performed one of his carols ‘Sleep my little Jesus’ written for our Christmas Concert at the Cathedral, at his memorial service. 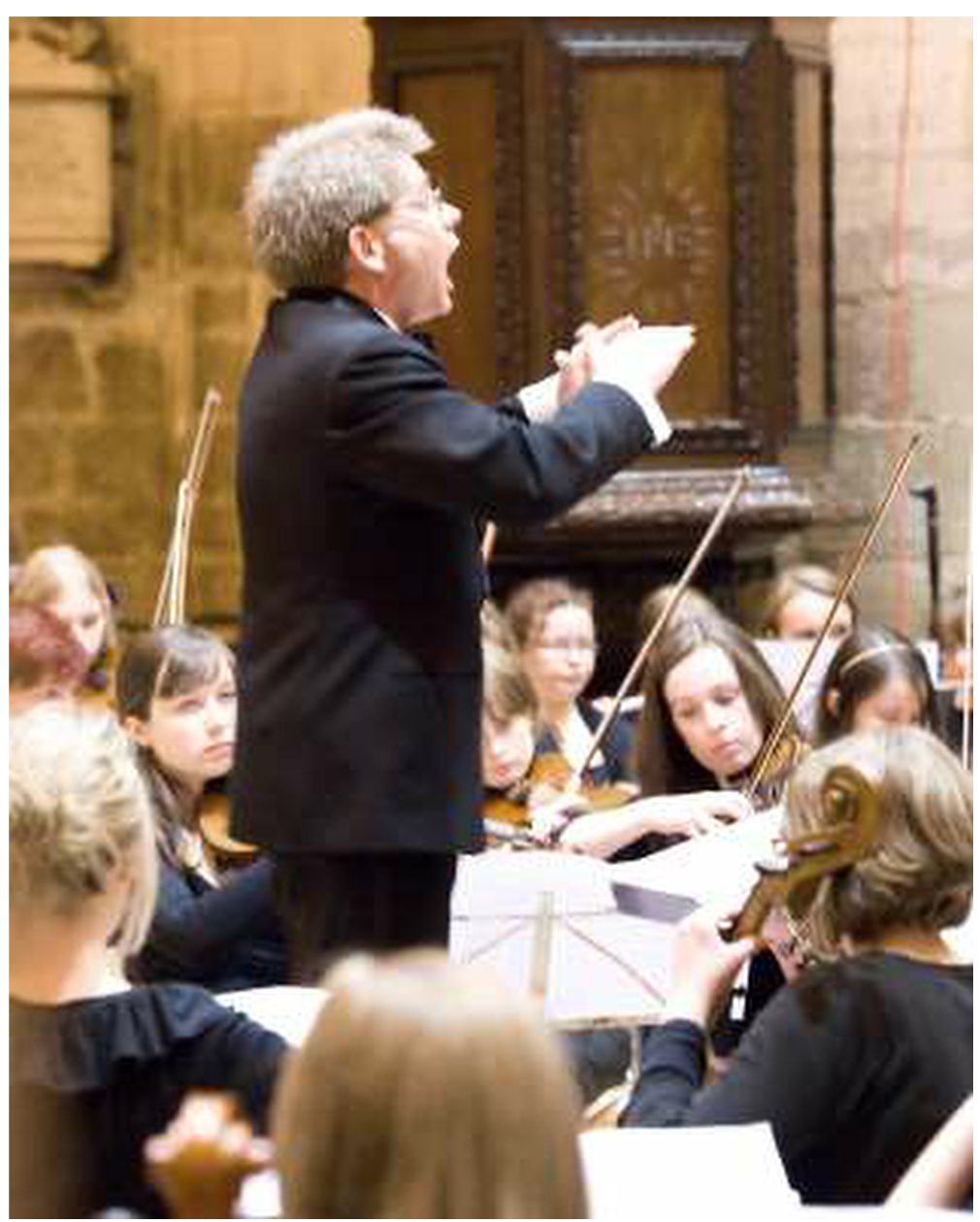 Five Generations at the same school!

In May 2019 the school celebrated its 110th birthday on the site at Denmark Road. 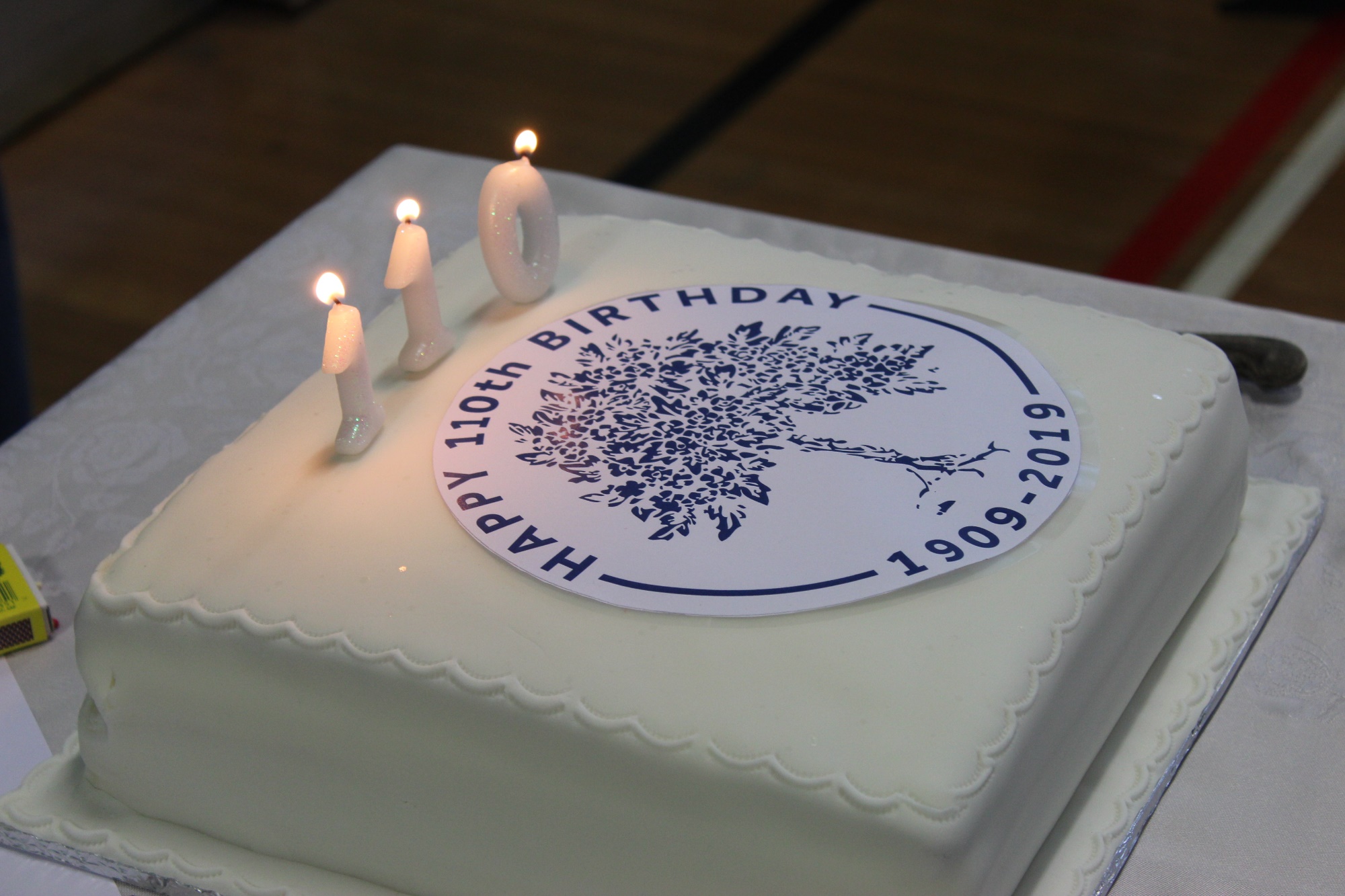 "Non Nobis Domine! Not unto us, O Lord, The praise and glory be Of any deed or word.  For in thy judgement lies To crown or bring to nought All knowledge and device That man has reached or wrought.

And we confess our blame, How all too high we hold That noise which men call fame, That dross which men call gold. For these we undergo Our hot and godless days, But in our souls we know Not unto us the praise.

O Power by whom we live Creator, Judge and Friend Upholdingly forgive, Nor leave us at the end.

A biometric system of registering was installed into the Sixth Form block.

In Languages, we bid farewell to two teachers.

Mr Kombate, we thank you for joining the French department this year and enabling students to develop in Languages.

Mrs Sollars has worked at ours school for 18 years, I believe Mrs Sollars is the most bubbly person I have ever met, she effervesces with energy and enthusiasm, her smile, humour and immense talent as a teacher will be sorely missed.

Mr Waddington, teacher of Maths, is leaving to take up a post in an International School, thank you for enthusing students in their love of Maths, we wish you every success in your future.

Mrs Khalsi is leaving us as Finance Manager to take up post at another school.

From English we say goodbye to two members of staff, Miss Halliday and Mrs Murran, and also to teacher of RS and Sociology Mrs Kelly (nee Hussain). We thank them for their service and wish them well for their futures.

We also bid farewell to the dynamic and competitive Mrs Bird, Subject Leader of PE. Her energy and enthusiasm have been a great asset to the school, we thank her and wish her well in her new post at Rednock.

After 18 years of service, Mrs Bailey (nee Powell) has decided to leave her teaching career and pursue her love of Design in a new adventure. Mrs Bailey has touched thousands of lives as a classroom teacher, tutor and previously as Head of Year. Mrs Bailey is a genuine soul who will do whatever, whenever for her students and also her colleagues. She has made us all laugh with her ability to lose pretty much everything on a daily basis! Mrs Bailey, we will miss your ‘Has anyone seen my keys?’ emails, we wish you well in your future adventure.

This year Mynd have won the House competition. Congratulations to all those who have contributed to the various events held through the year. Totals and running order of the Houses are as follows:

Headteacher's Blog was started (now Our School Our Week).  These can be found here.

At least 64 people die in a fire at a shopping and entertainment complex in the Russian city of Kemerovo.

April 27 – Kim Jong-un crosses into South Korea to meet with President Moon Jae-in, becoming the first North Korean leader to cross the Demilitarized Zone since its creation in 1953.[40]

May 19 – The wedding of Prince Harry and Meghan Markle is held at St George's Chapel, England, with an estimated global audience of 1.9 billion.[50][51]

November 11 – Many nations around the world, particularly ones in Europe and the Commonwealth, along with the United States, commemorate the ending of the World War I centenary with Armistice Day, Veterans Day, and Remembrance Day ceremonies, speeches, parades, and memorials.[122]

February 27–28 – The 2019 North Korea–United States summit is held in Hanoi, Vietnam. It is the second summit between United States President Donald Trump and the North Korean Chairman Kim Jong-un.

March 5 – A second case of sustained remission from HIV is reported, ten years after the Berlin Patient.