In the Spring of 1992 Miss Miles announced that she would take early retirement in the summer term.

The school moved to four forms of entry.  Modernisation of the curriculum.  Introduction of the Faculty structure.

In September 1992, the school opened with its new Headmistress, Mrs Bainbridge, at the helm. 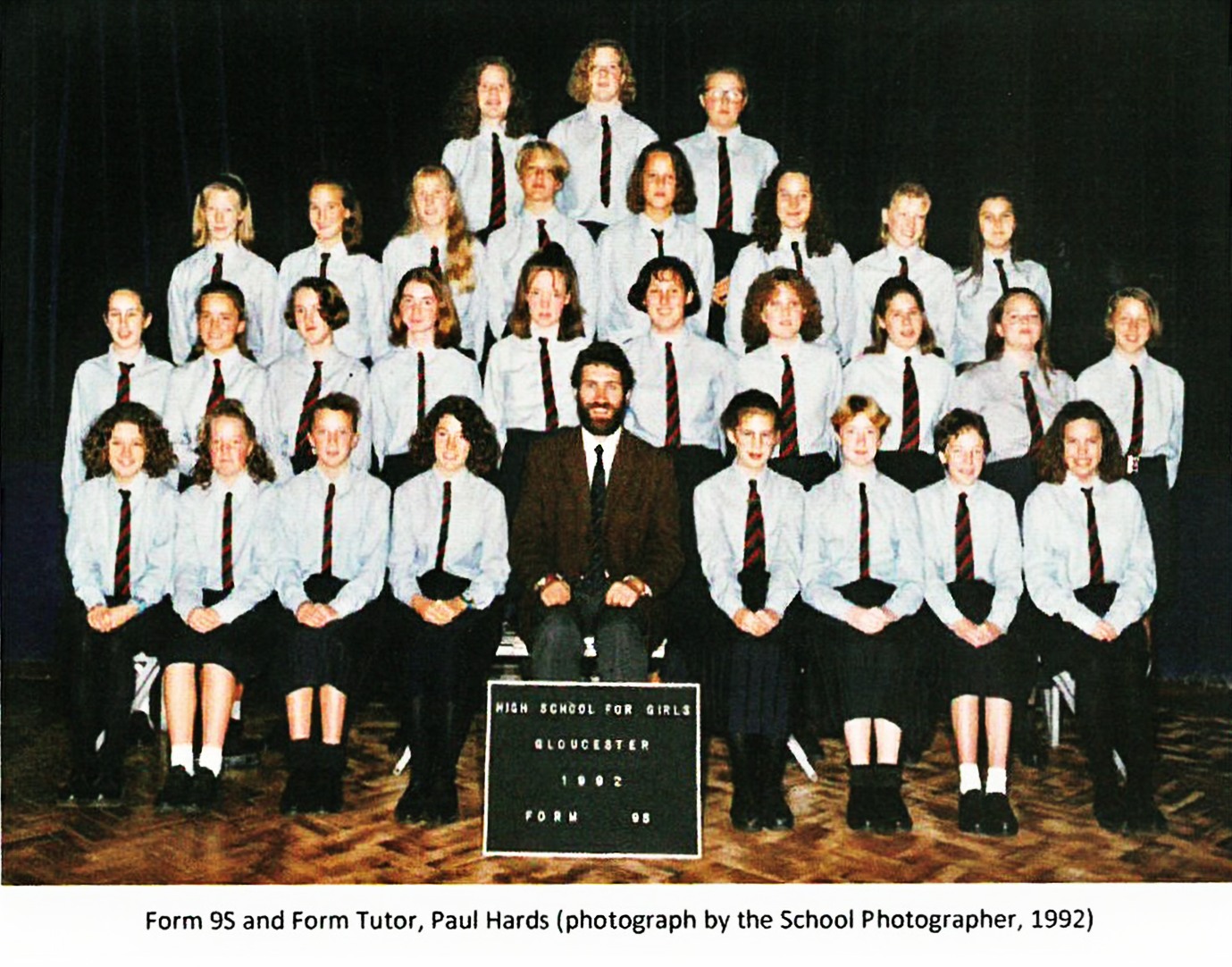 On 12 October 1992 LEA Inspector arrived on site.  This was the last inspection of its kind because, as a result of the 1992 Educational (Schools) Act, future inspections were to be carried out by a national body called OFSTED.

Mrs Bainbridge, the staff and governors were aware that their first visit from OFSTED was looming in 1996.  They received support from the School Assigned Inspector, Mr Jeffrey, in understanding how the OFSTED report would be constructed, as well as how the inspectors would spend their time in school.

The OFSTED visit took place from 23-27 September 1996, led by Mrs Hola.  Mrs Bainbridge noted that the visit would be forever etched on her memory!  There was a feeling of real solidarity among the staff and a tangible desire to do well.  12 inspectors spent 169 hours observing 204 lessons.  There were also 13 hours of observation of registration, assemblies and extra curricular activities.  The Inspectors met 56 parents and considered 293 parent response forms - a 44% return rate.

Mrs Bainbridge and the governors were able to meet with the lead inspectors before the OFSTED report was issued to parents, and there was a general air of pleasure at the successful inspection, no doubt coupled with some relief that the ordeal was over!

In 1994, following the discussions of the Governors' working group on school uniform, it was decided that blazers would be re-introduced as compulsory uniform items for the new intake of Year 7 girls in September 1995, and then every Year 7 intake after that.

In 1997 there were still problems with uniform, make-up and jewellery - girls wearing rings, bracelets, necklaces had these items confiscated and placed in envelopes in the school office until the end of term.  Girls were reminded that ear piercing should be done at the start of the summer holidays otherwise blue plasters had to be worn on their ears!  Skirt lengths were again an issue and parents were contacted if girls persisted in wearing their skirts too short. 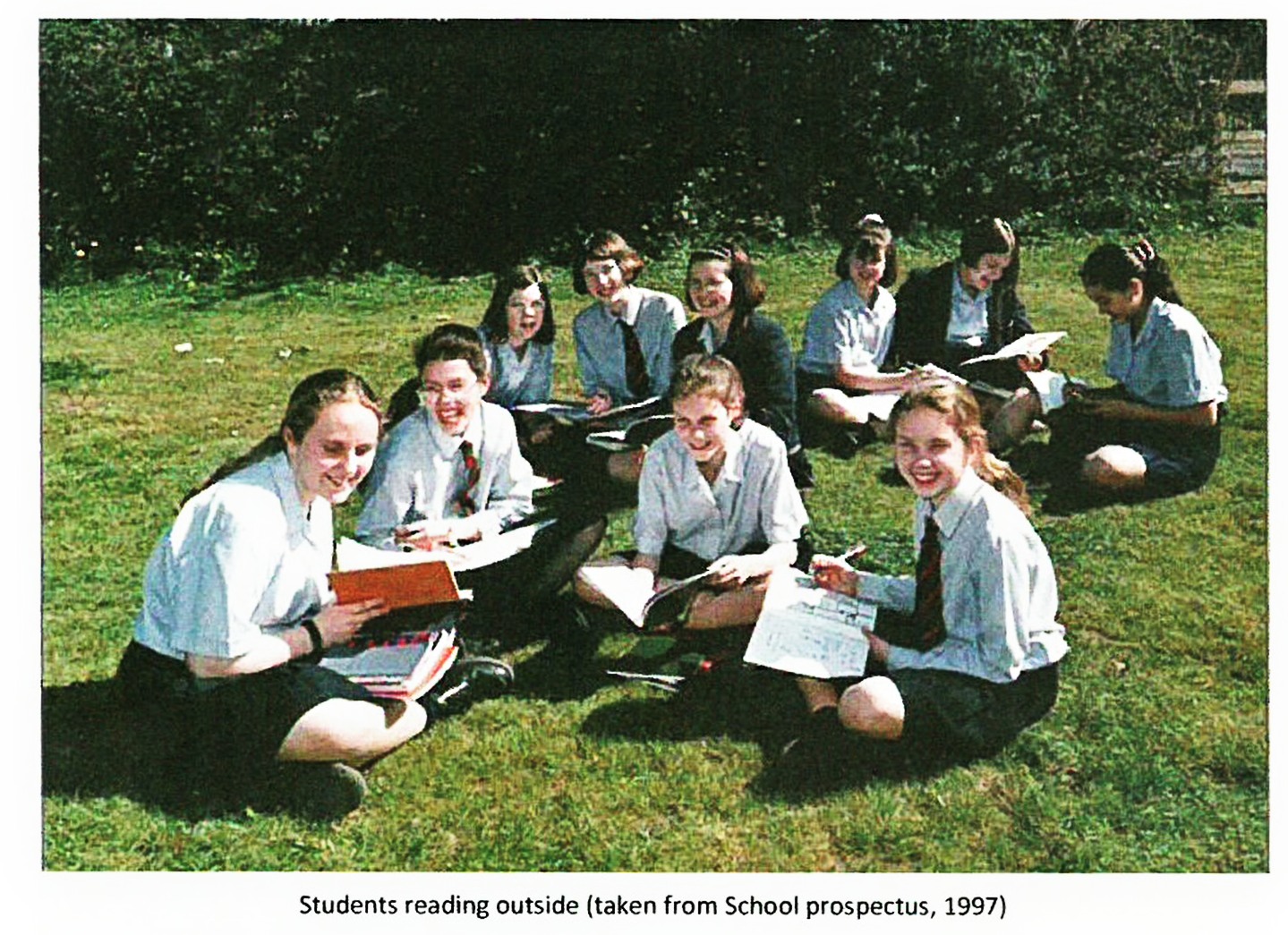 Following the feasibility study undertaken early in 1993/94 it was decided that a four classroom block would be constructed.  Work was to start during the summer holidays of 1994, with the intention that it would be ready for use by the Christmas of 1994.  It would be a low-maintenance building, located opposite Huts A and B.  Not all staff were impressed with the design of the new building, with one describing it as "the gulag"!  However, planning permission was granted.

Work on the new building progressed but, due to adverse weather it was already behind schedule when the school opened for 1994/5 academic year.  The block finally opened in 1995.

Mrs Bainbridge outlined proposals for completing additional building work to comprise of a new gym, dining hall and kitchen.  This would then be followed by a new Science block and then, finally, there would be alterations to the 1960s Science block to transform it in a Sixth Form block.  The final development would mean the removal of the 1960s glasshouse on the side of the lab to make way for a Business Studies office. 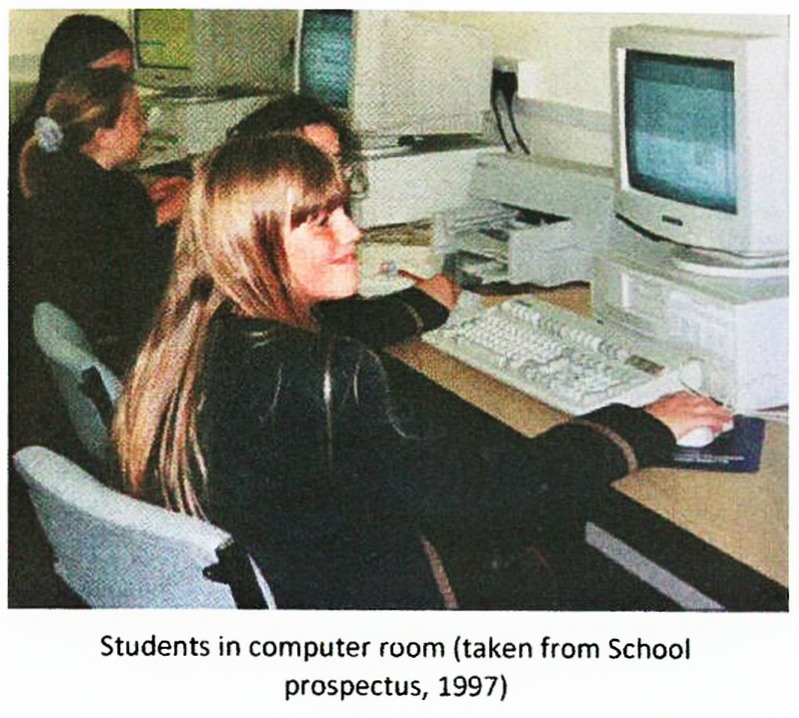 Before planning permission would be given for the new buildings, an archaeological investigation needed to take place.  This was because Roman pottery had been found on the site during the construction of the original building in 1909.

An evaluation trench was dug on the school site in 1995, for an initial investigation.  The archaeologists found bone fragments dating back to Roman times, some of which were human!  As such, a full archaeological excavation had to be carried out before the building work could go ahead.

The digs caused considerable delay and thus the build was running behind schedule before it had begun!

Roman remains were also found during subsequent builds but thankfully these were not so macabre. 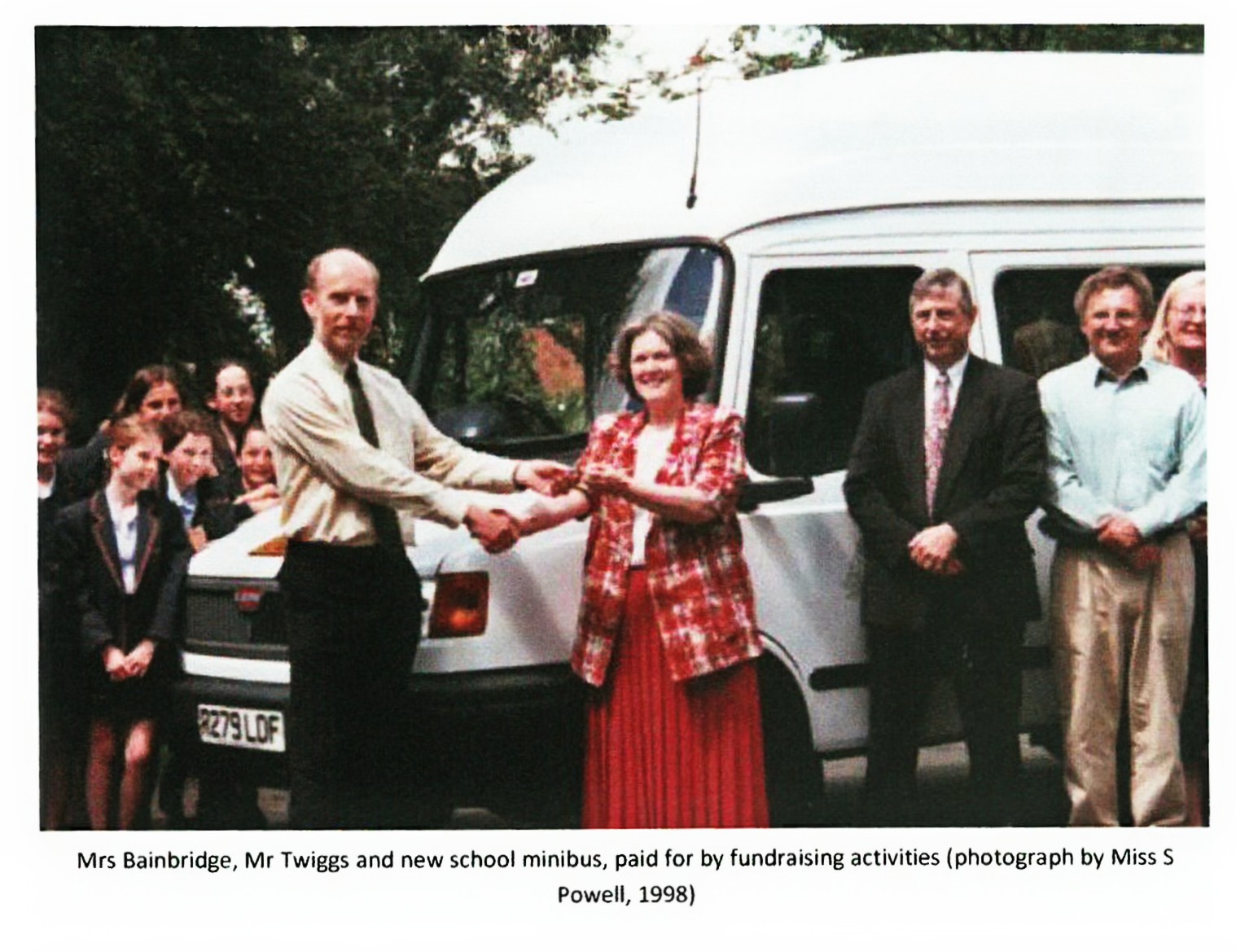 In 1998, the School's Development Plan included proposals to expand the Sixth Form and recruiting boys from other schools was one of the ways this could be achieved.  As such, over the next few years numbers increased and by 2003 there were 22 boys on roll.

Entry to the High School

The expansion of the school's facilities proved to be highly necessary as the school was proving to be more popular than ever!  At the Open Evening in the autumn of 1999, so many people came to visit the school that Mrs Bainbridge had to make her presentation multiple times, each time to a packed audience.  The entry score was higher than for any of the other three grammar schools in the city.  The main school was running at full capacity, and there was no desire to expand further.  It was now decided to look at growth of the Sixth Form, with a view to extending it to 180 students.  This would still be considered small for a Sixth form, and it could easily reach 240 if further accommodation and staff could be provided.