Still fighting to Save the School

In February 1984 the Education Secretary, Sir Keith Joseph, threw out the plans for reorganising secondary schools in Gloucester to create a fully comprehensive system.  The decision had taken 15 months and was met with relief by everyone at the High School.

In September 1984, the school opened with the reduced two-form intake and overall total of 495 girls, 101 of whom were in the Sixth Form.

At the beginning of December 1984, Miss Pomeroy and the Parents' Association sent out a letter to all parents urging them to write individual letters of objection and to sign the 'Formal Objection' petition.  They could also join together with nine or more local electors and write a 'Statutory Letter' which held a different legal weight.

A special meeting of the governors was held on 14 January 1985, in order to discuss the proposals.  It was resolved that governors should formally object to the plan on the grounds that it would mean the school would close and that the alternative provision being made for the girls was totally inadequate.

By the end of January 1985 a report had been prepared for the County Council by the Parents' Association and this was to be submitted alongside the Statutory Objection to the closure plan.  This included some of the material collated for the previous "Save the School" campaign.

The prefects wrote a letter of objection to the Education Secretary, pointing out the School's excellent academic record extending over a number of years.  They suggested that any change in the education system that would jeopardise the future of the School could only result in a lowering of standards.  The staff also sent a letter.

When the Secretary of State made his decision in May 1985 he threw out these latest proposals and the County's Education Committee was required to rethink its reorganisation plans for schools in Gloucester.  While this was met with a great sense of relief, the threat of closure was not considered to have gone away.

Yet more reorganisation plans were mooted in June 1986, including another proposal for a fully comprehensive system which would mean the closure of the High School, Linden, Longlevens, Hucclecote, Crypt and Colwell Schools in 1989.

The governors wrote to the Chief Education Officer with their objections, deploring the recommendation that the County Council should adopt a fully comprehensive system.

Another campaign was put into action by Miss Pomeroy.

In March 1987 the County Council submitted a proposal to change to a comprehensive system with a Sixth Form College and a reduced number of schools but keeping the selective system.  Colwell, Linden, Hucclecote and Longlevens were to close.  The remaining schools would more closely match the demand, as some of the surplus places would have been removed.  It would then be much harder for the County Council to justify any further proposals for a fully comprehensive system.

Sadly Miss Pomeroy died before hearing the news.  Miss Miles described her as a dynamic person, who was resilient, clear thinking, courageous, adventurous and who had a lovely sense of humour.  The saving of the High School was 99% due to Miss Pomeroy's efforts.  She was well known in Gloucester from her campaign to 'Save the School'.  Known as Pom to many, she is still remembered with real affection by both former students and staff alike.

In 1984 Miss Tregaskes and Miss Taylor both retired.  Miss Taylor had been at the school teaching maths since 1946. 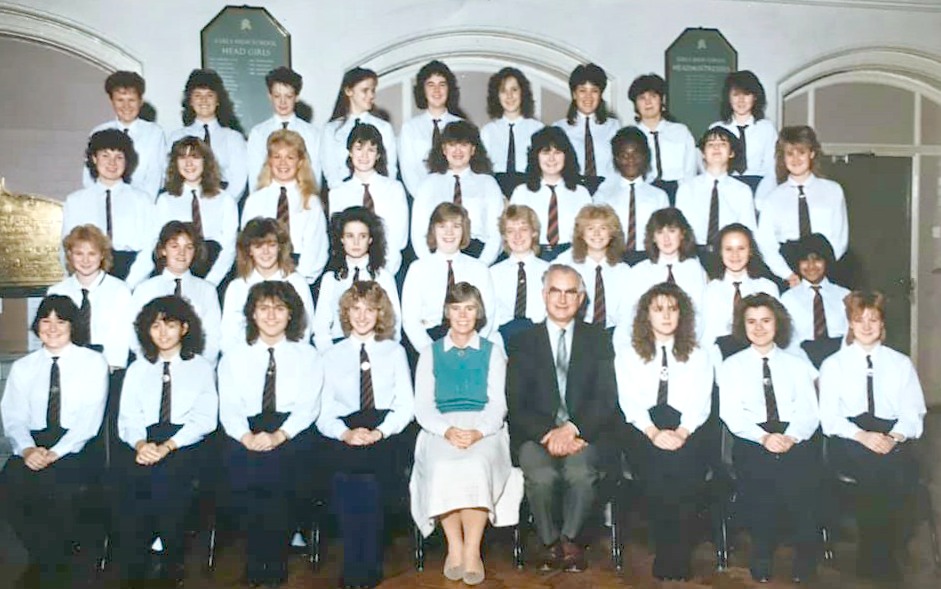 In 1985 Mrs Brown, Head of Home Economics left after 38 years.  She was presented with a long-service award by Gloucestershire County Council at a special tea.

At the end of the summer term in 1986 Miss Davies retired.  Known fondly as 'Aggie', she had taught at the school for 35 years and had been responsible for Careers as well as being Head of Geography.  Also retiring was Miss Connop, who had been at the school since 1950.  She was well-loved by the girls, especially for the one occasion every year when she was required to wear a skirt rather than trousers.  The County Council presented Miss Davies with a bicycle and Miss Connop a silver tray.  Miss Hedges who taught Needlework, and who was a relative newcomer having only been at the school for 9 years, also retired.

In 1987, Mr Sargeant retired - he had been at the school since 1961.  His gentle manner was remembered by many who had been taught physics by him.

In addition to the passing of Miss Iris Pomeroy, the school was sad to learn of the deaths of a number of other former staff members:

Miss Eborall died in October 1985.  She had taught Chemistry at the school for more than 20 years.  She had been one of the teachers who organised fire-watching during the Second World War and also the Dig for Victory campaign.

Dr White died in November 1986.  She had been Head between 1938 and 1954.  She had presided over many changes, including all the reorganisation following the 1944 Education Act.

In 1987 a folder of photographs of the school was presented to the Minister of Education Mr Baker in objection to Gloucestershire County Council's plans to sell the buildings and land. 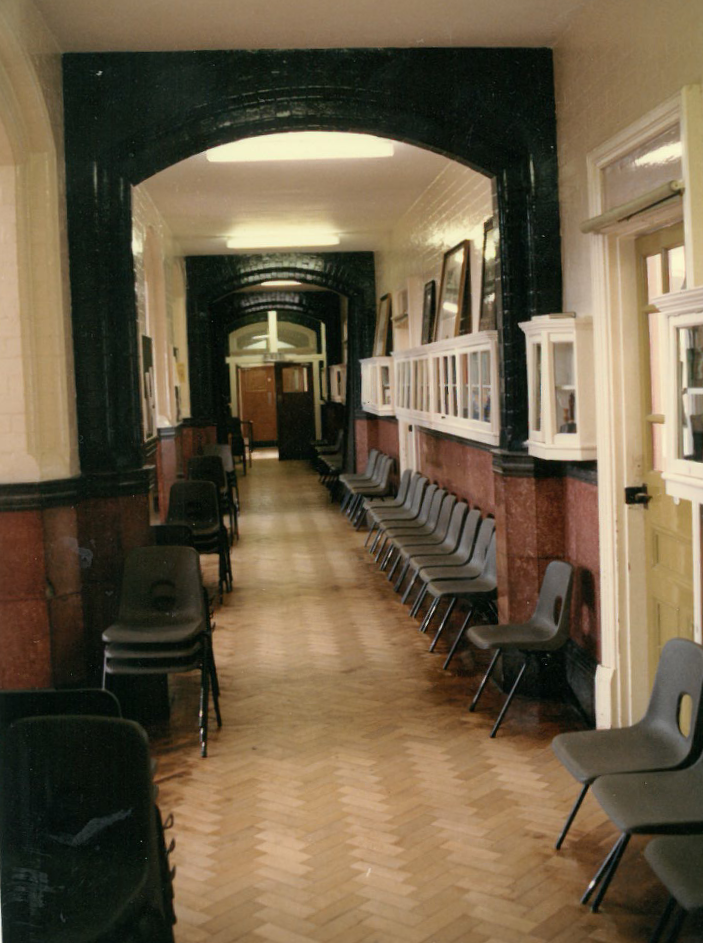 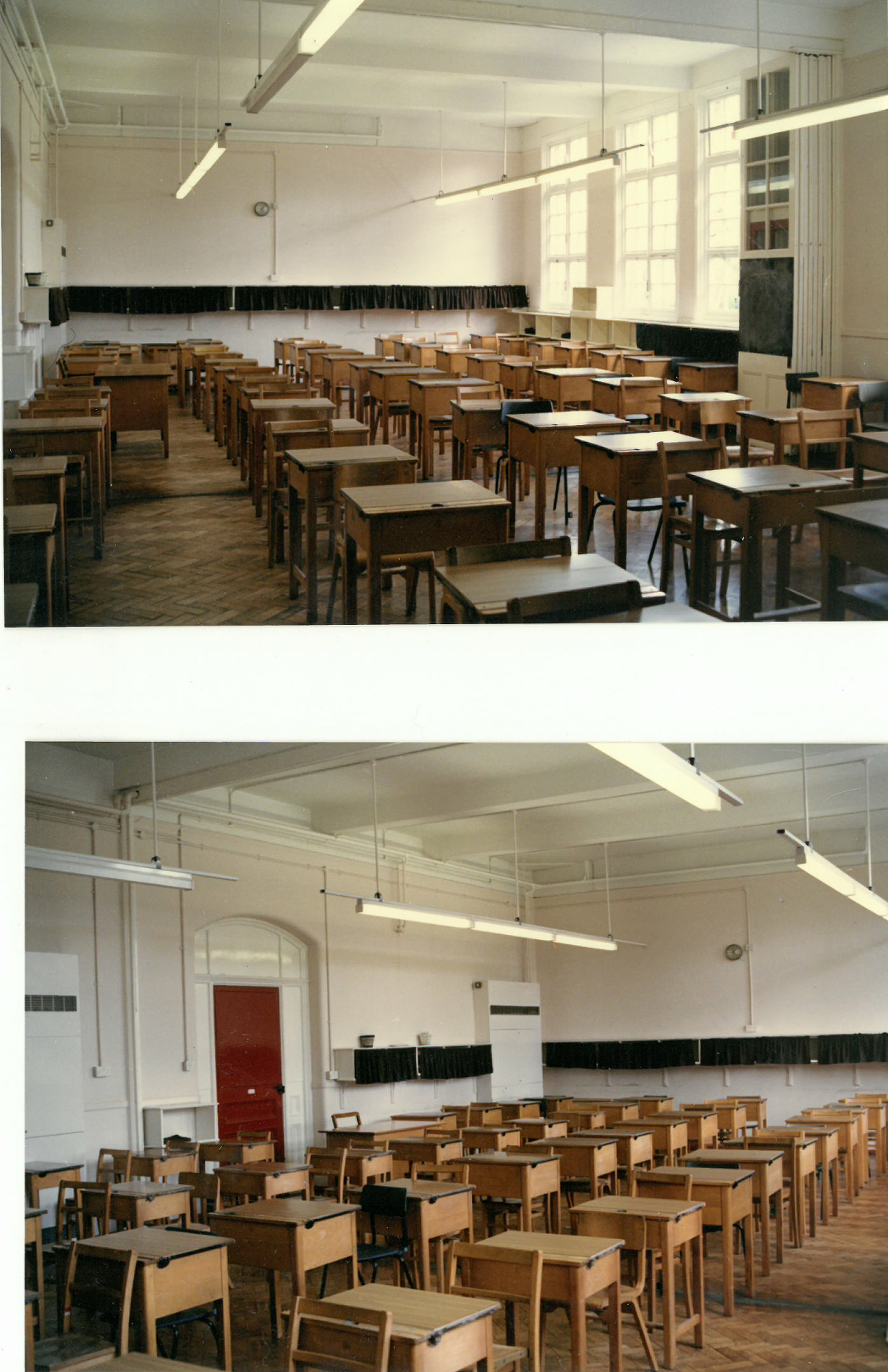 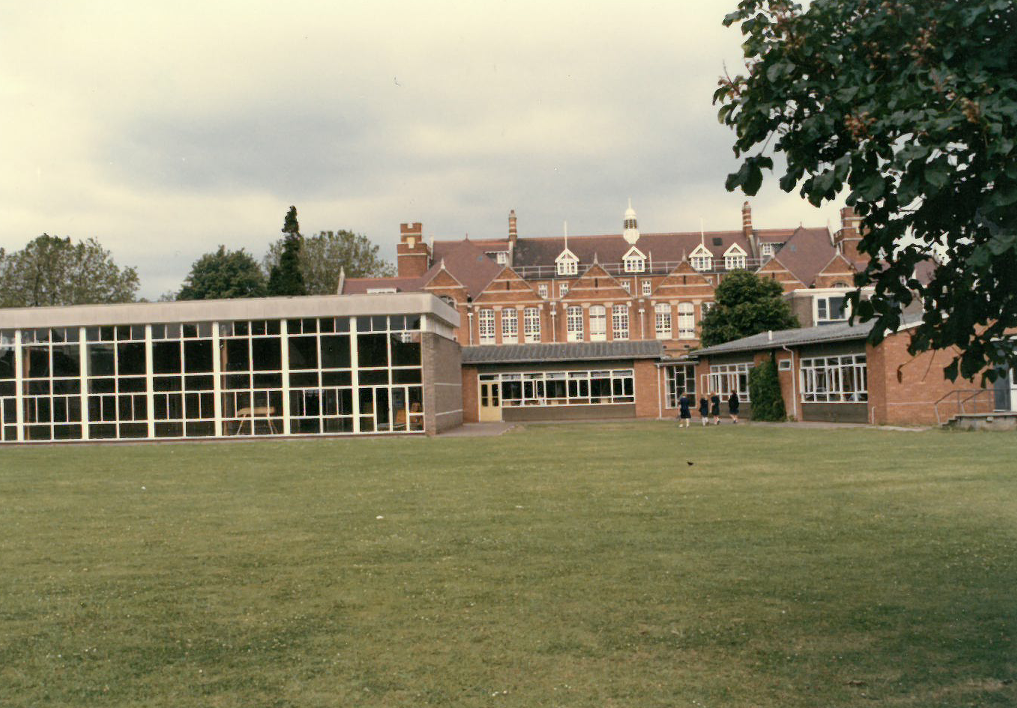 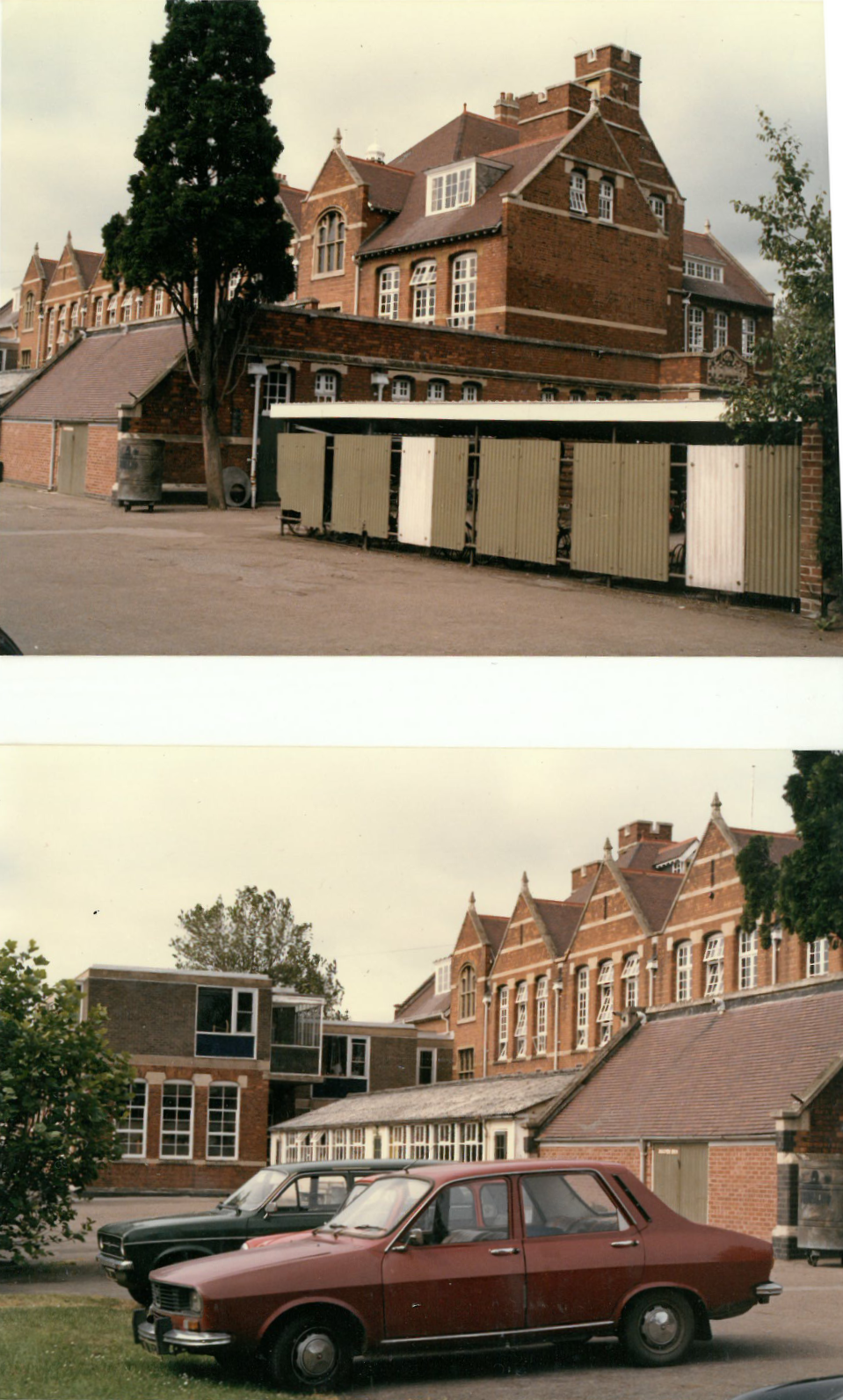 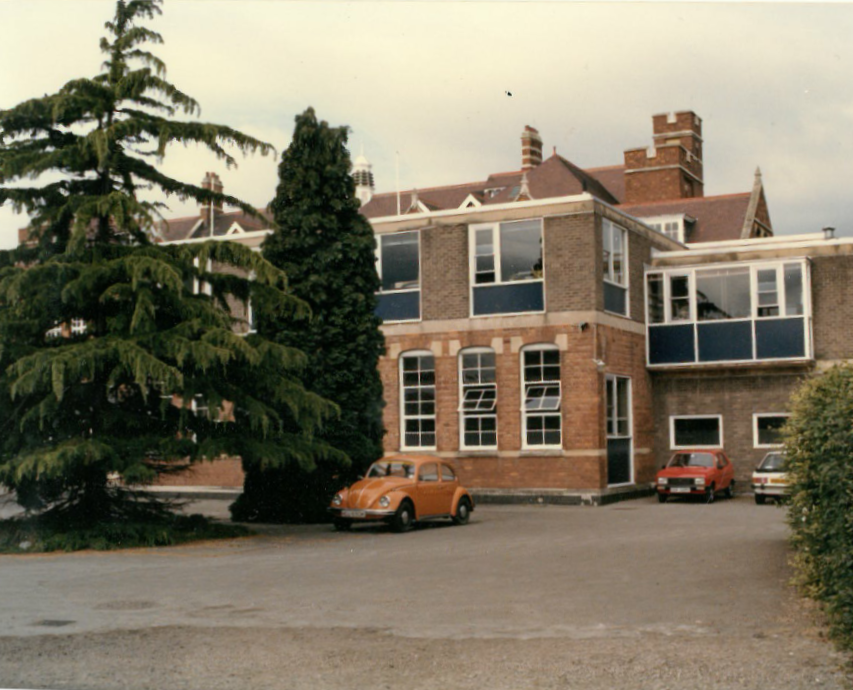 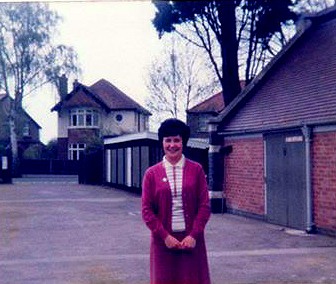 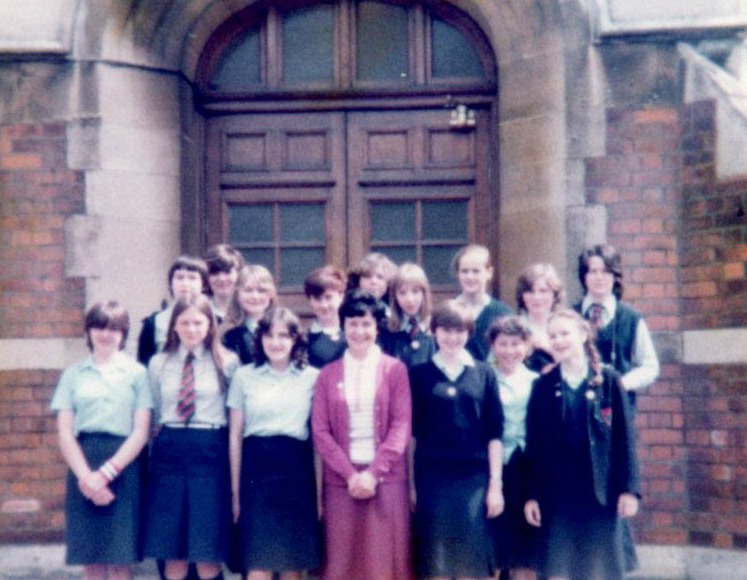