Plans for the Centenary year had been discussed well in advance - in fact November 1981.

The first event was held on 7 May 1981 - a tea party was held at the school for 80 very elderly 'old girls' who were all concerned that they may not make the celebrations in 1983!

An Open Evening was held on Thursday 28 April 1983 and anyone who was interested was welcomed.  There was a display about the history of the school, exhibits, students' work and old exercise books, badges and needlework.  There were also cassette recordings of interviews between sixth formers and former students.

The school traditionally celebrated its birthday on 1 May but in 1983 this date fell on a Sunday.  The celebrations were held on the previous Friday and that lessons would be cancelled.  Students were permitted to arrive a quarter of an hour later and there was a special thanksgiving assembly at 9.30 am.  After the service the Sixth form organised a fun sports event.

Everyone then enjoyed a picnic lunch in the sunshine and the sixth formers were permitted to eat theirs in the front garden.  Then there came a pageant, in which staff and students told the story of the school in costume.

Princess Anne visited the school on 6 June 1983.  There was a tree planting ceremony.  She signed the visitors book which had been introduced in 1909 when the Denmark Road building first opened.  The orchestra played and the School Song was sung. 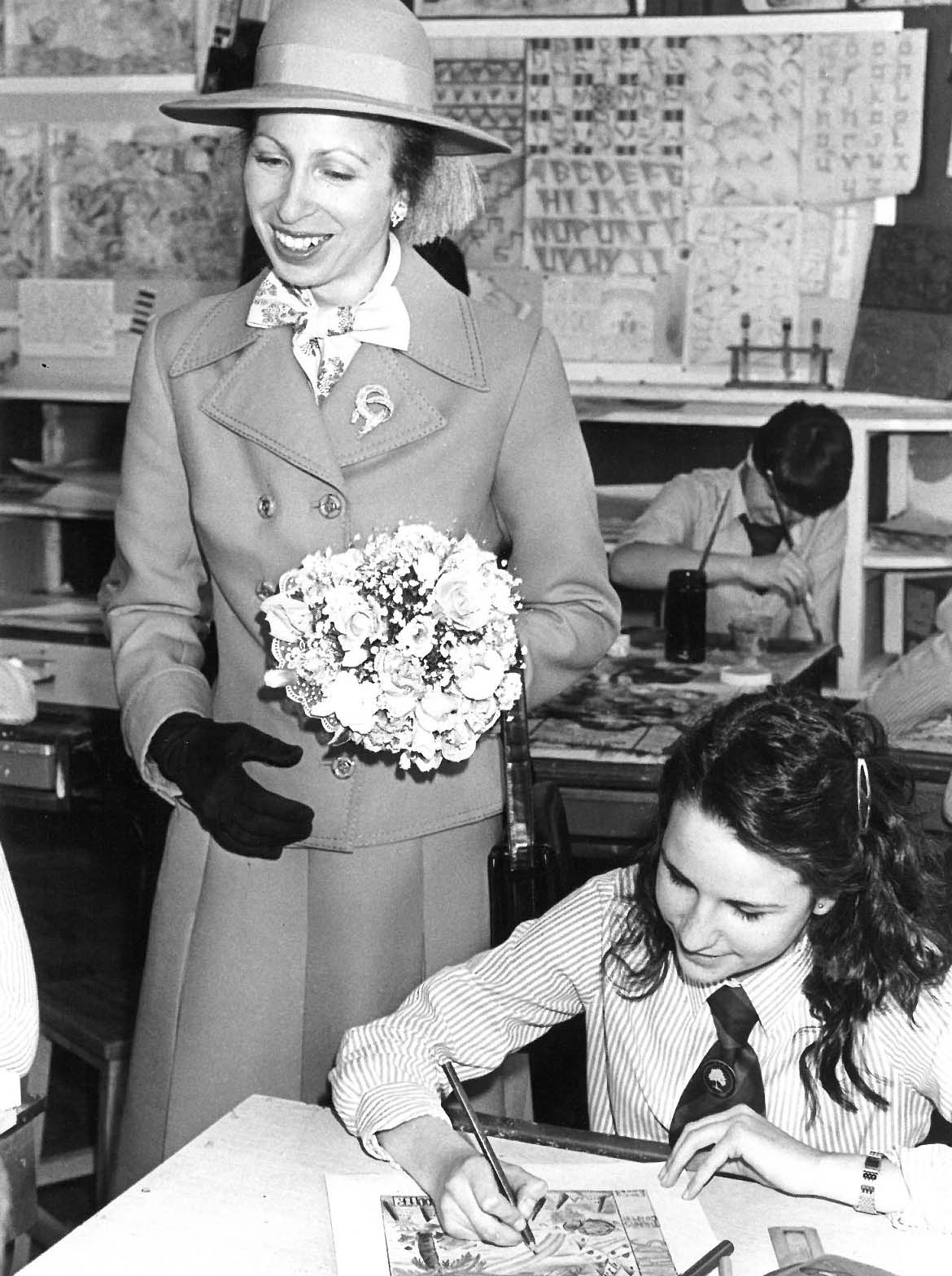 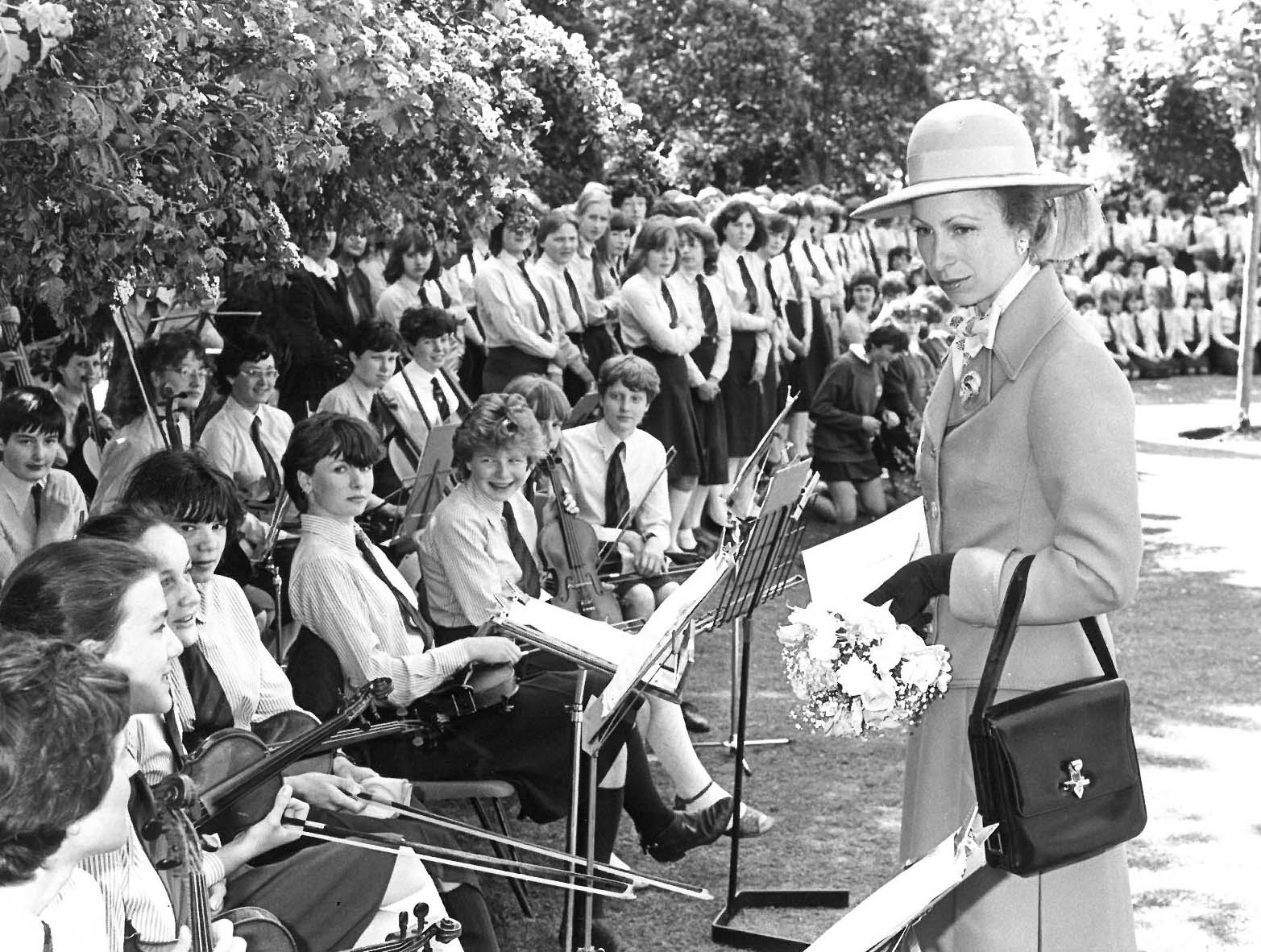 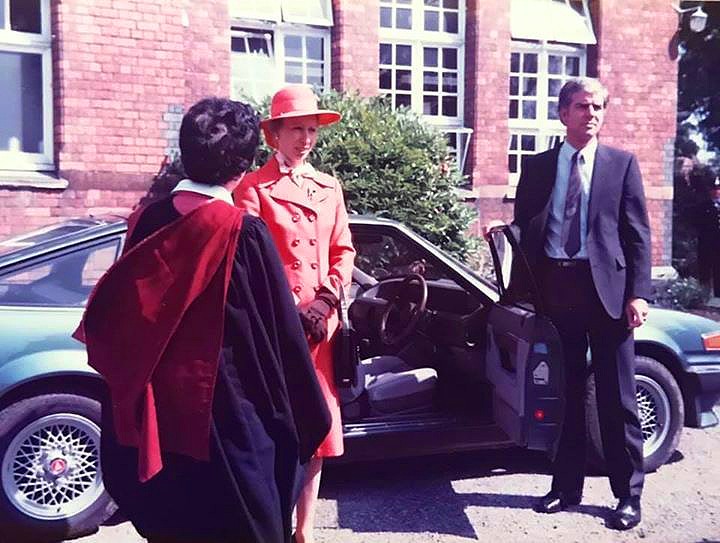 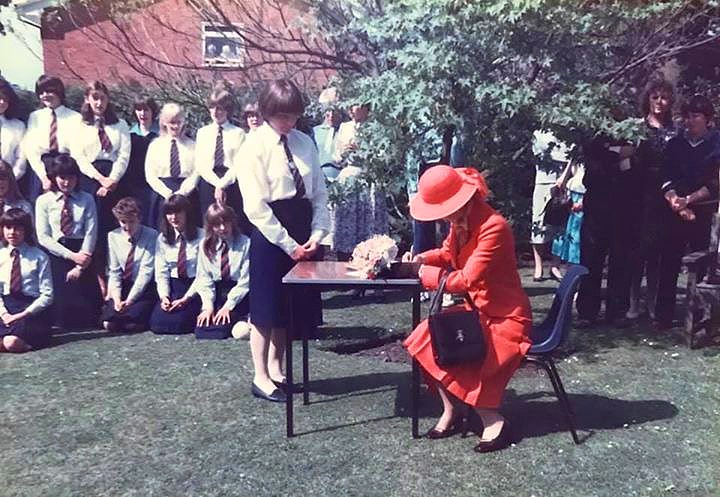 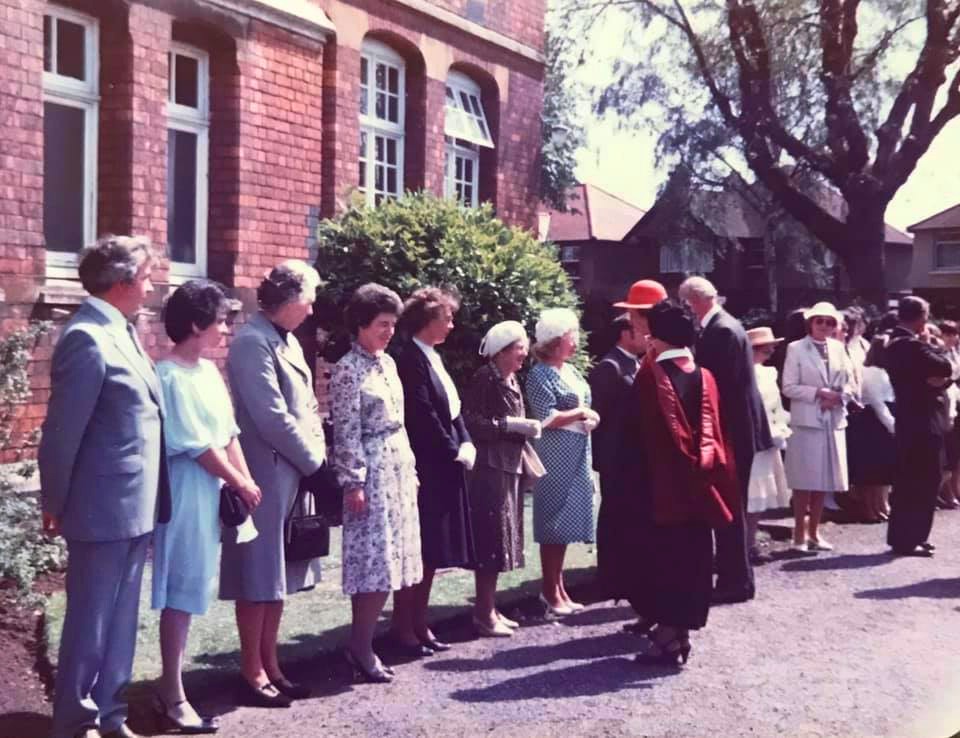 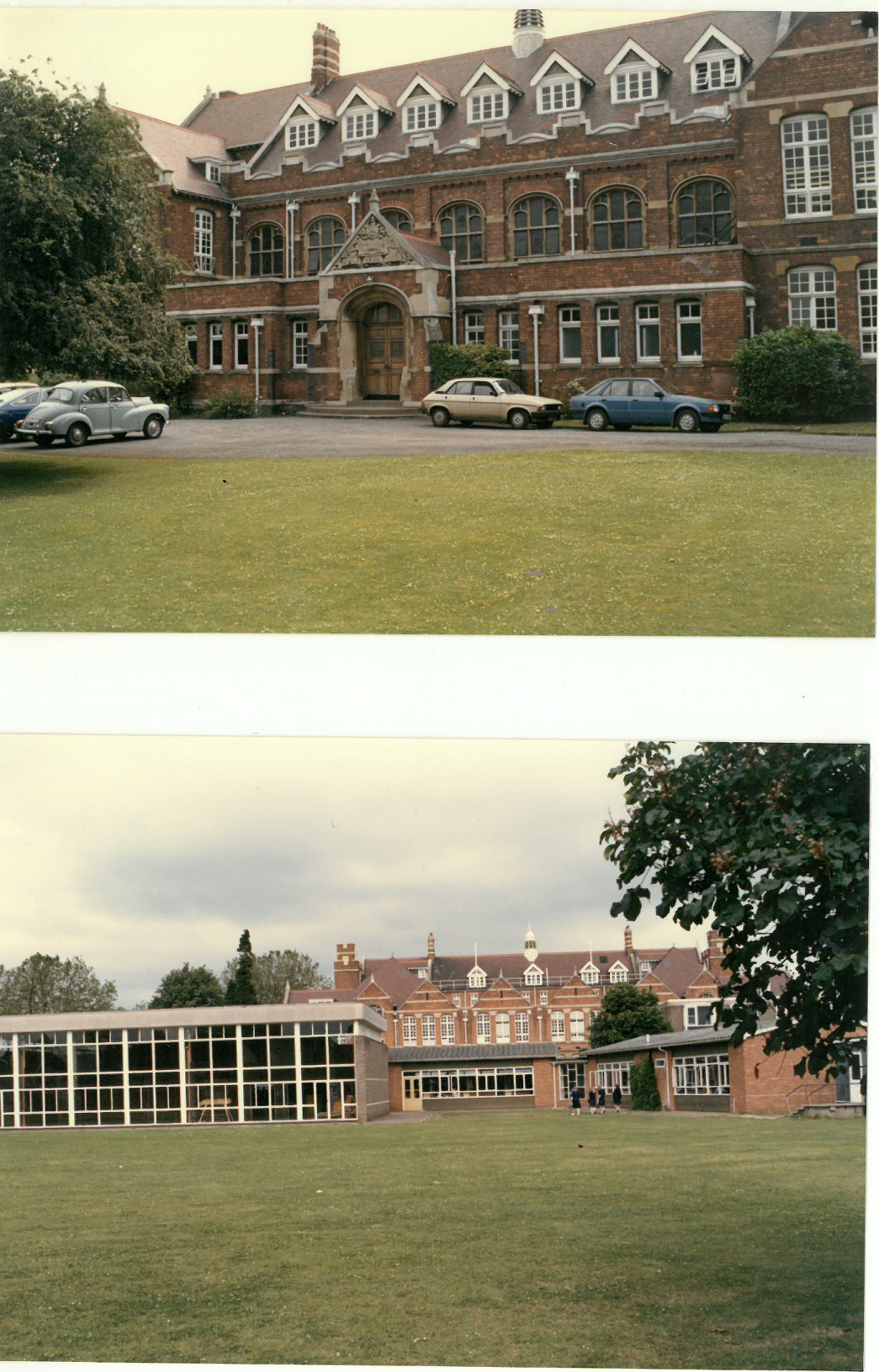 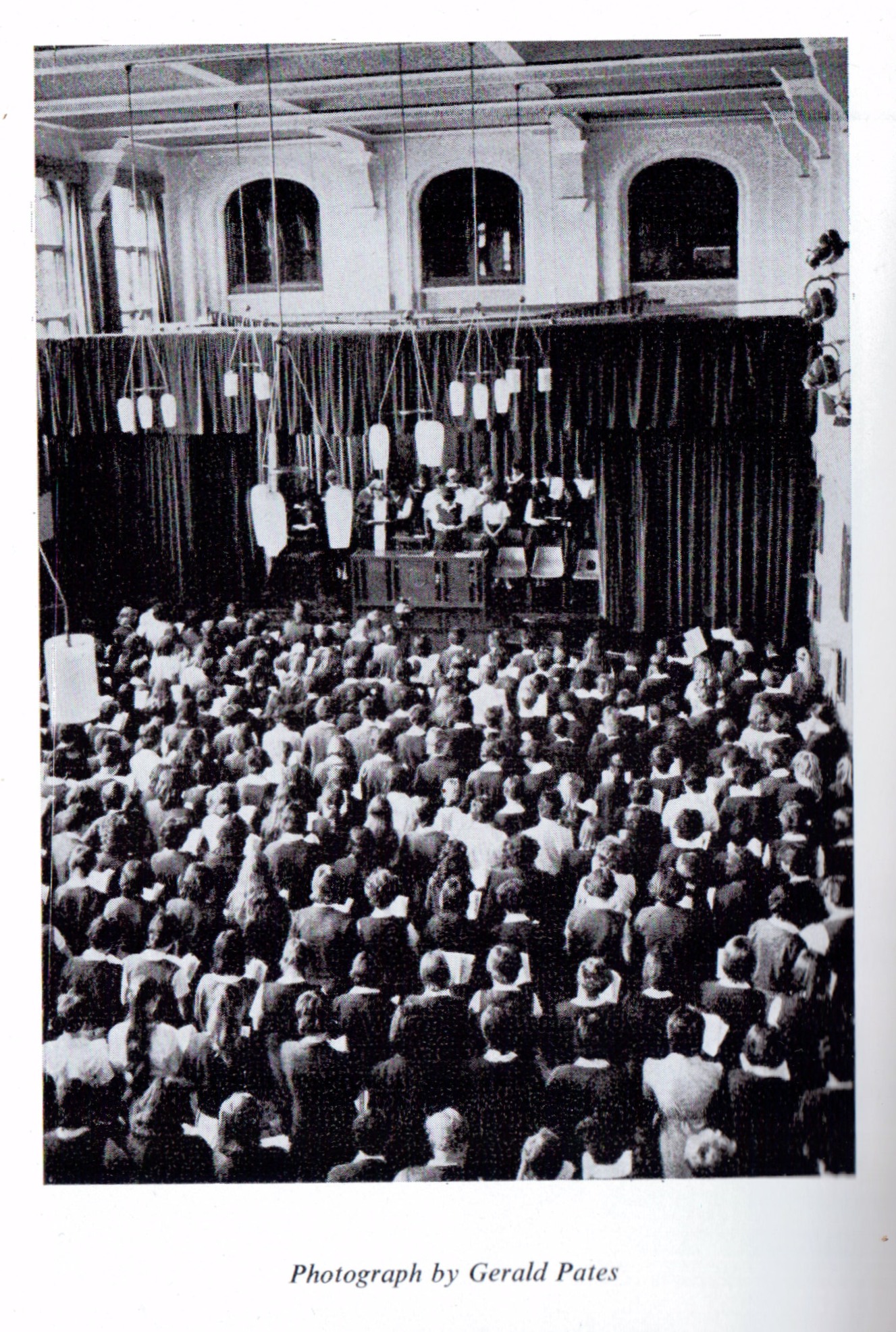 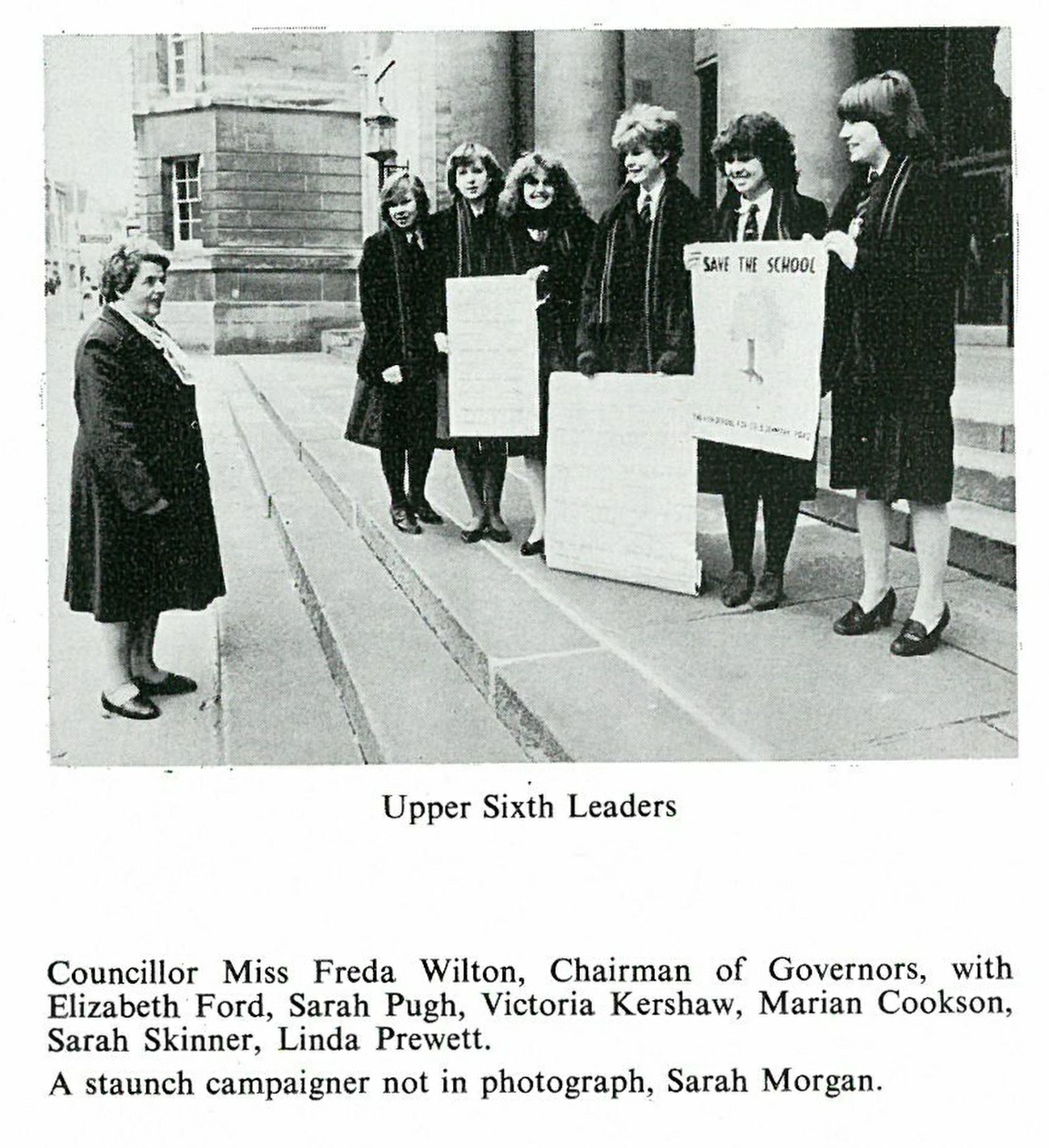 The publication of the County Council's reorganisation notices ironically coincided with our Centenary Celebrations.  The plan of campaign had long been devised,

An Action Group was formed in 1980.  Parents pressed home their points and rallied others.  Sixth Form girls joined with Mrs Gorringe and Mrs Pomeroy to form the School part of the group.  In 1981 letters of objection and a detailed case was prepared to counter the County's proposals.  But as the plan was dropped our evidence remained in mothballs.  However, valuable quotations from the letters have since been used.

And so, we come to the fateful notice of the Reorganisation Plan which, if approved by the Secretary of State, would bring the closure of the High School.  There were letters written, petition forms and posters distributed.

An amazing 17,569 signatures, 534 objecting statements and a very large file of letters.

To keep such a Grammar School for the future is the expressed wish not only of the 17,569 who signed the Petition,  but also of the many the Campaigners could not see.

The Education Committee proposed that the intake of each of the City grammar schools should be reduced to 60 pupils.  A special meeting of the governors was held on 17 October 1983 to discuss this and to received a signed statement from the staff registering their objections; objections had also been received from parents.  The governors resolved to seek written assurance from the Chief Education Officer that there would be no impact on teaching and learning.

Susan Bartlett is a Flt Lt in the RAF, and is serving as Intelligence Officer at RAF Wildrenrath in Germany.

Diane Jennings (nee Stuart) was Principal Librarian of Coventry Central Music Library after obtaining a BA Hons Degree in Latin with Greek.  She is now married and living in the USA and has been chosen as the outstanding graduate of the Master of Science Programme for 1982-83 at South Alabama University.  She has taken an instruction Educational Media Degree.

Clare Skinner is a Trainee Graduate with Cambridge University Press.

Linda Taylor is studying for the Post Graduate Certificate of Education at Manchester University's Department of Eduction.  She is training to teach handicapped children.

Monica Sims, former Controller of BBC Radio 4 was the speaker for Prize-giving in October 1983.