Between 1975-1980 there was a re-organisation of Local Government.

The school came under Gloucestershire County Education Authority and became a Community School. 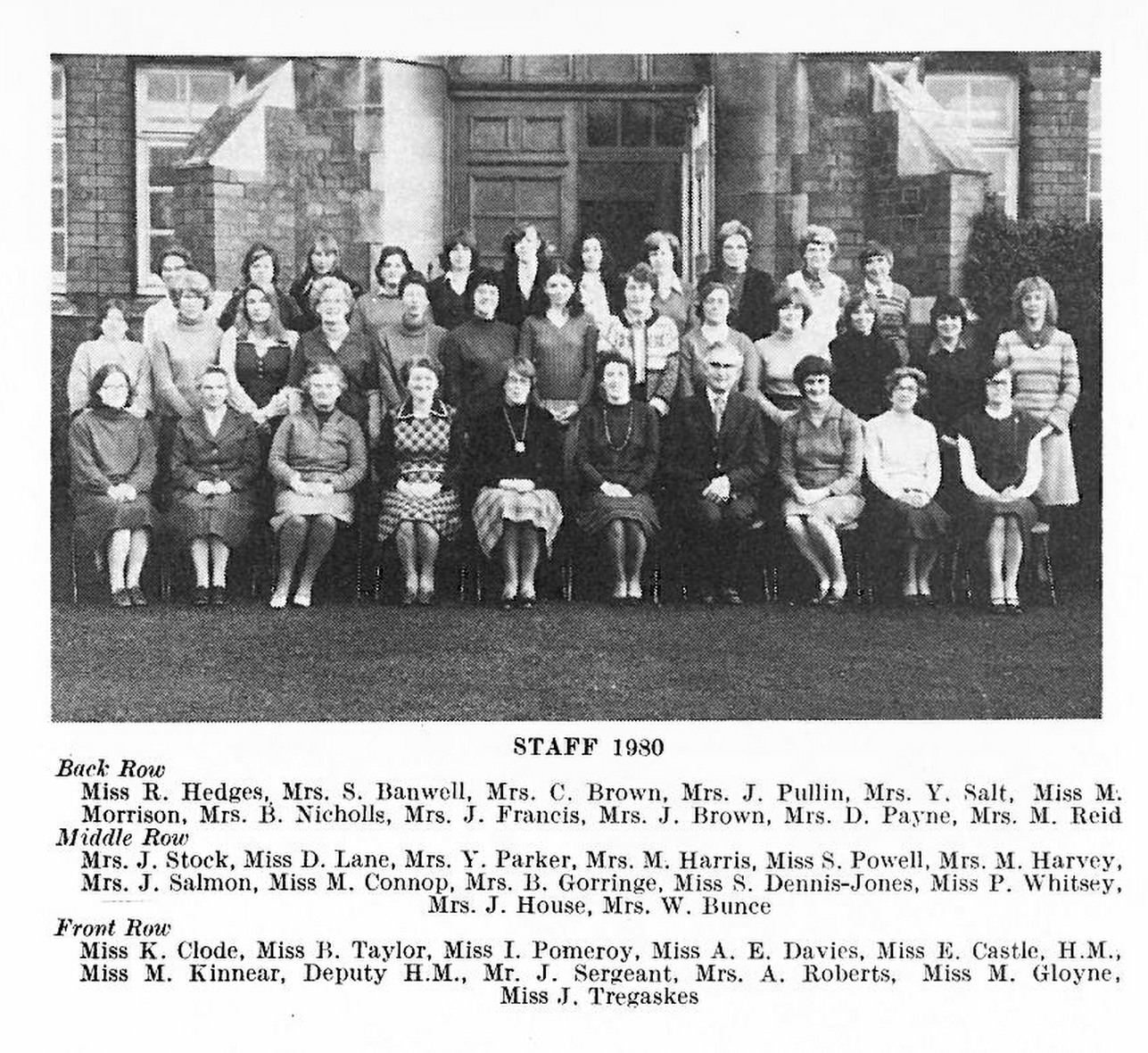 The girls had a choice of Biology, Chemistry and Physics as well as three separate subjects.  Unemployment figures were rising and Miss Castle urged the fifth form girls to get the fullest training possible.

Girls entering the Sixth Form from 1975 had more choice; three separate Sciences, Mathematics, Pure Mathematics, Applied Mathematics and Economics, and in 1980 Computer Studies or Government.  There were also one-year courses in Geology, Italian and the Classics in Translation.

The Sixth form had many outings, lectures and field courses in connection with their studies. 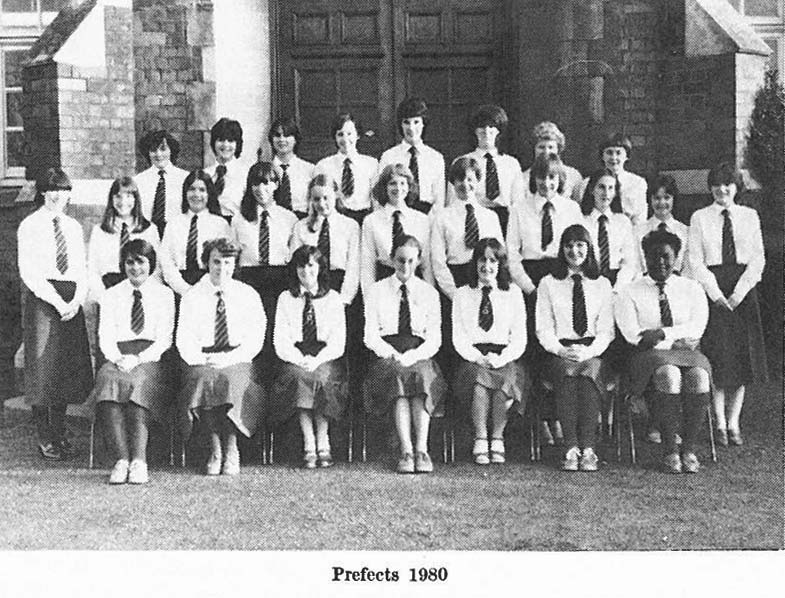 Miss Castle retired after 10 years in December 1982.  She had presided over many changes with the minimum of disruption to the day to day working of the school.  The building had been rewired, a new central heating system fitted, a junior library and a new sick bay room acquired.  Overhead projectors, video recorders and computers were bought, hired or given to the school.

"She was firm but nice with it!"

"She was neat and tidy and liked the school to be kept neat". 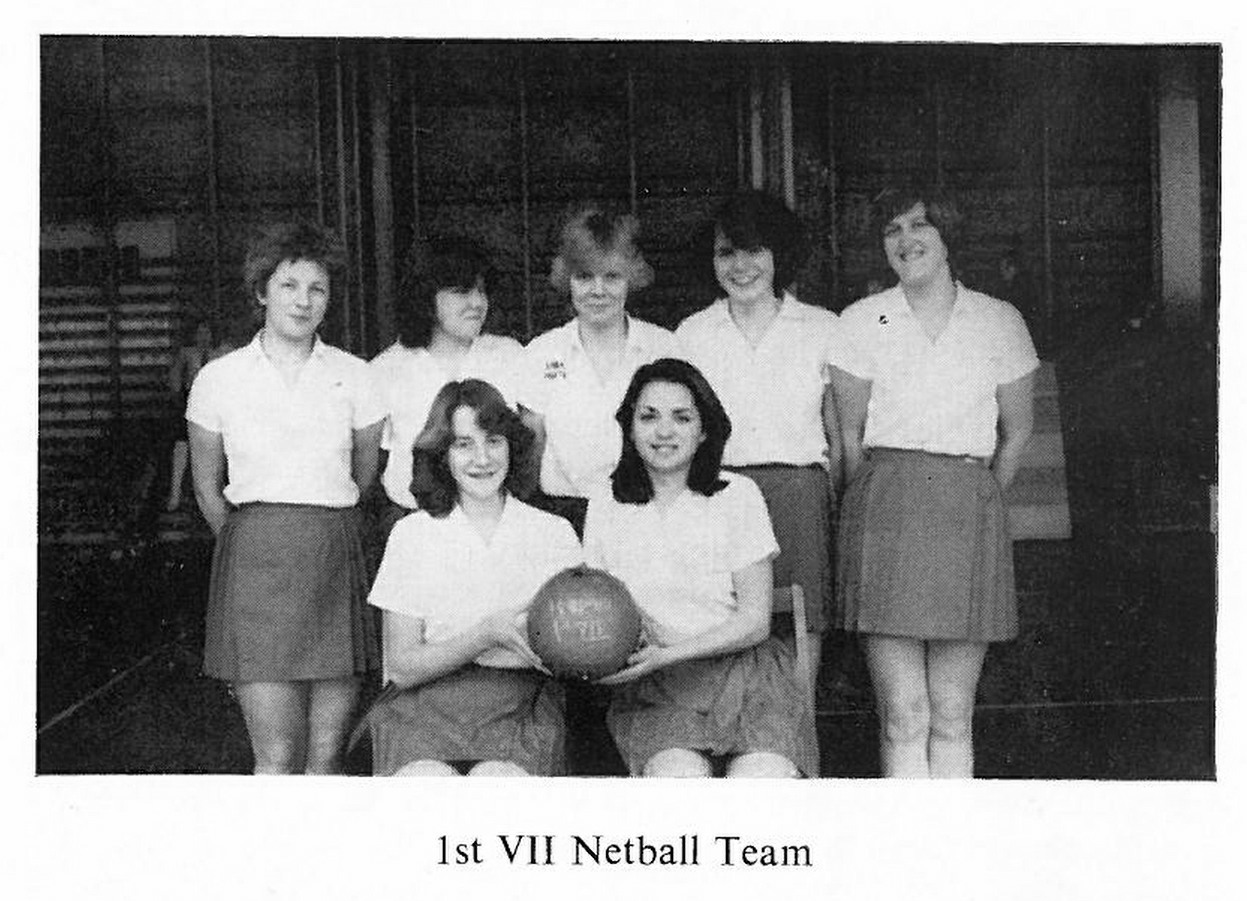 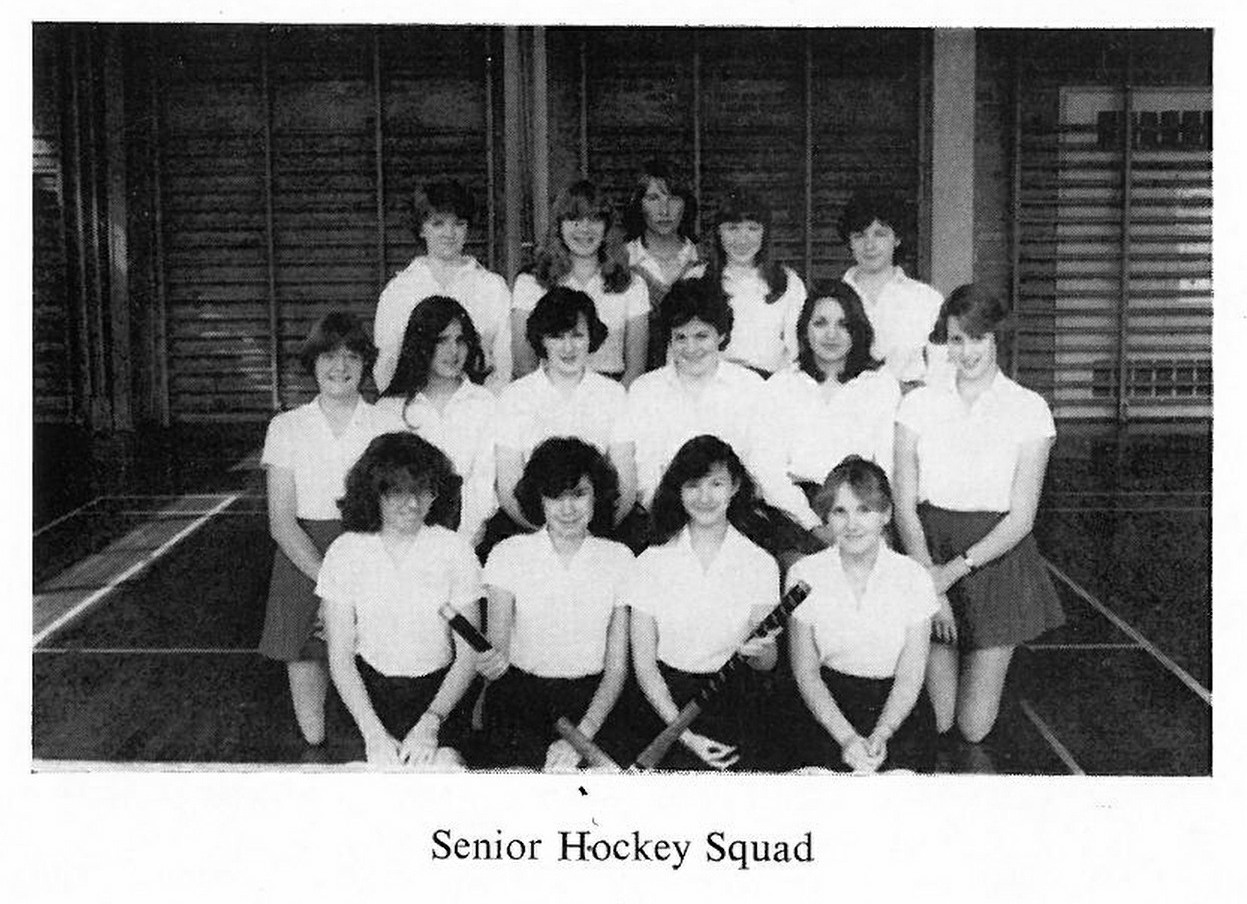 Margaret Clark (nee Stainforth) is an Ordained Minister serving the Gospel Fellowship Church in Plainsboro, New Jersey.  Her husband is also a Pastor.

Margaret Cowell has recently finished a book about West of England market towns.  She hopes it will be published in the spring of 1983.

Yana James while at the Home Office Forensic Science Laboratory at Chepstow, also has been studying at Brunel Technical College, Bristol.

Margaret Jenkins (PhD Cantab) is Assistant Professor in Microbiology and Virology in the Department of Biochemistry at Mississippi University Medical Centre.  She has published papers. 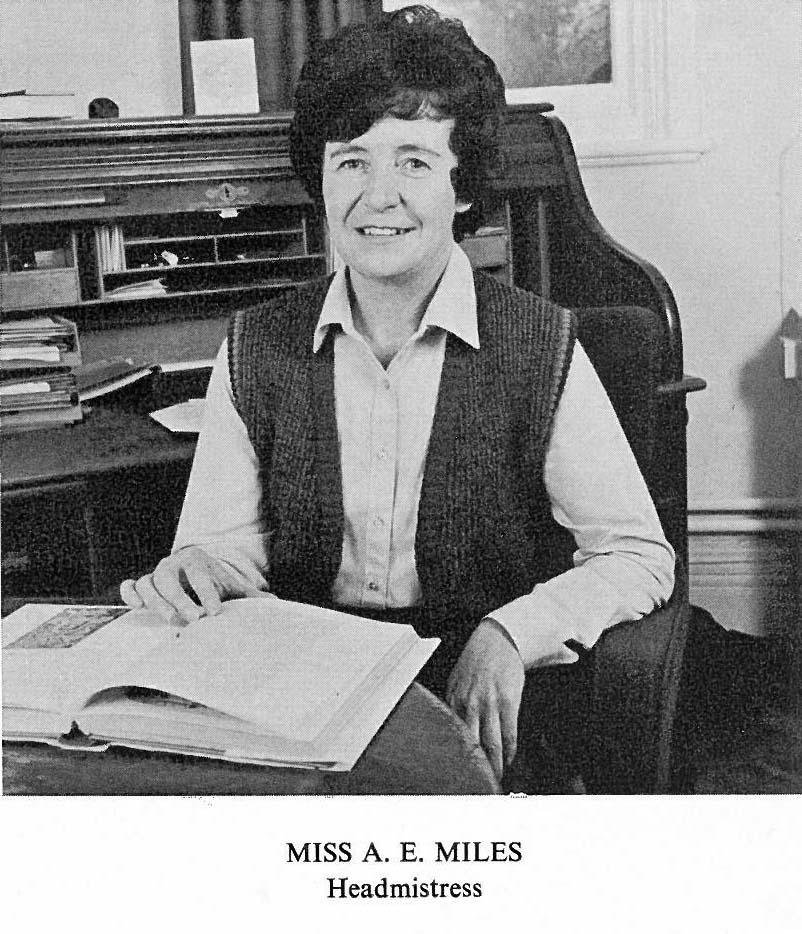 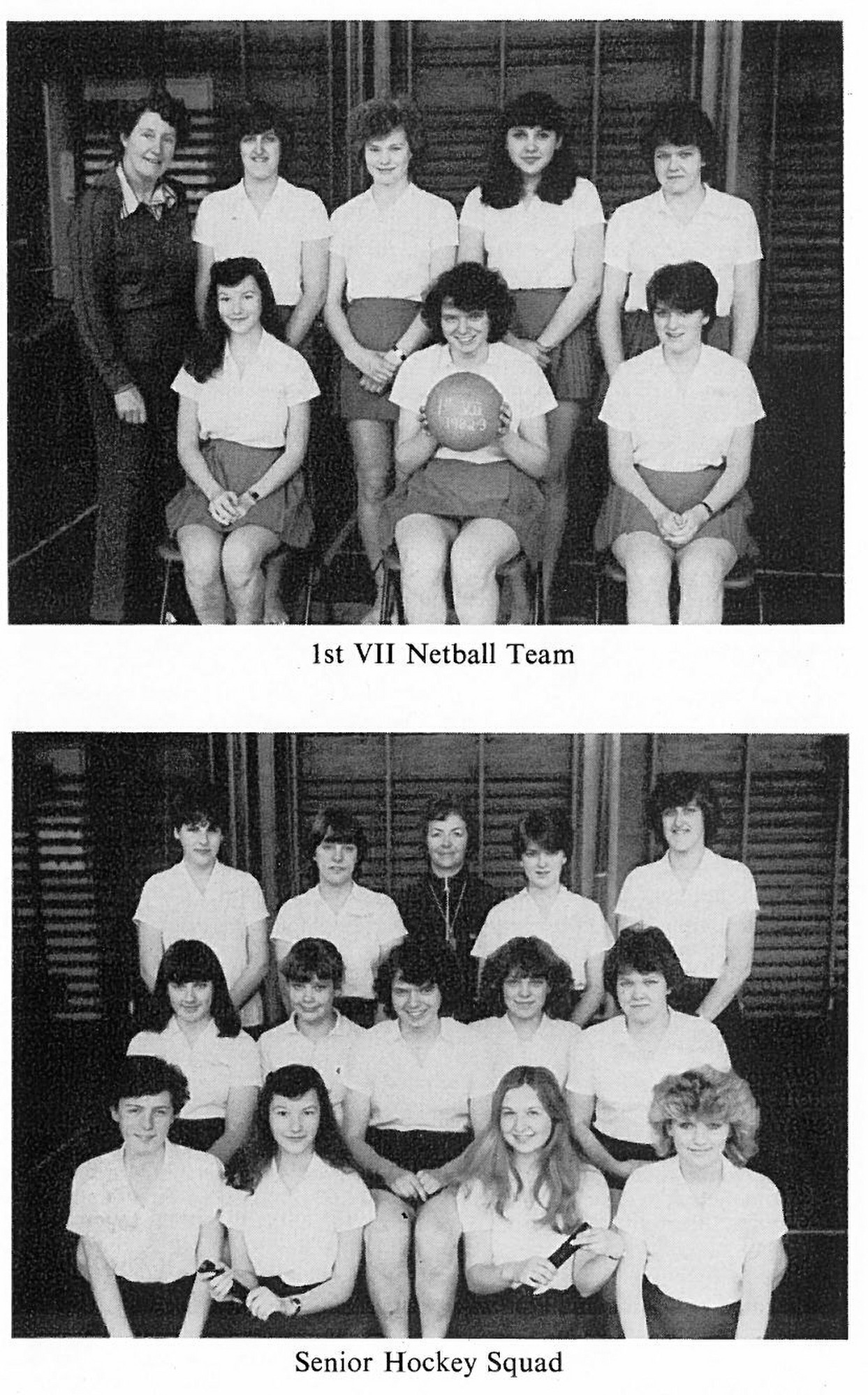 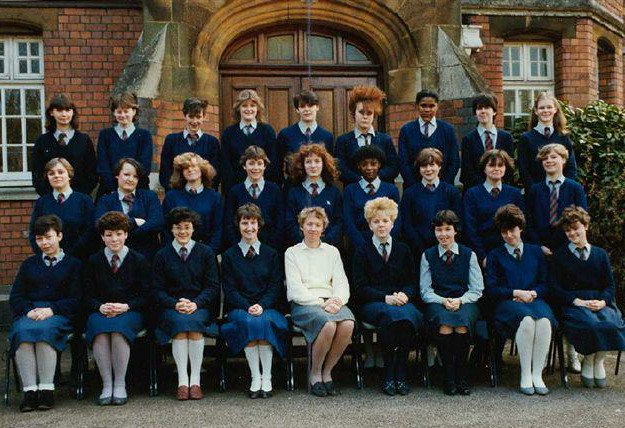 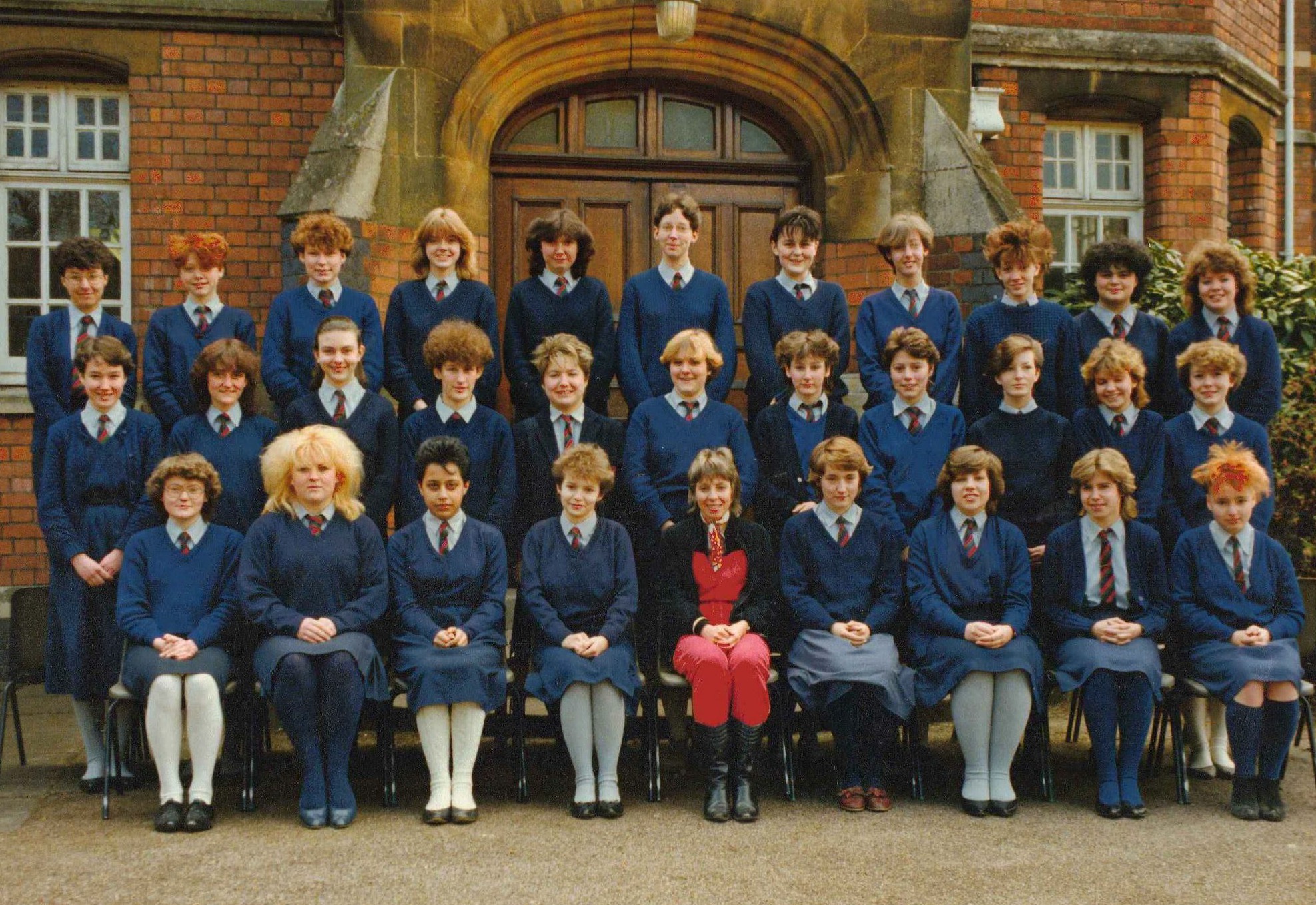 A Midsummer Night's Dream was performed in May 1982. 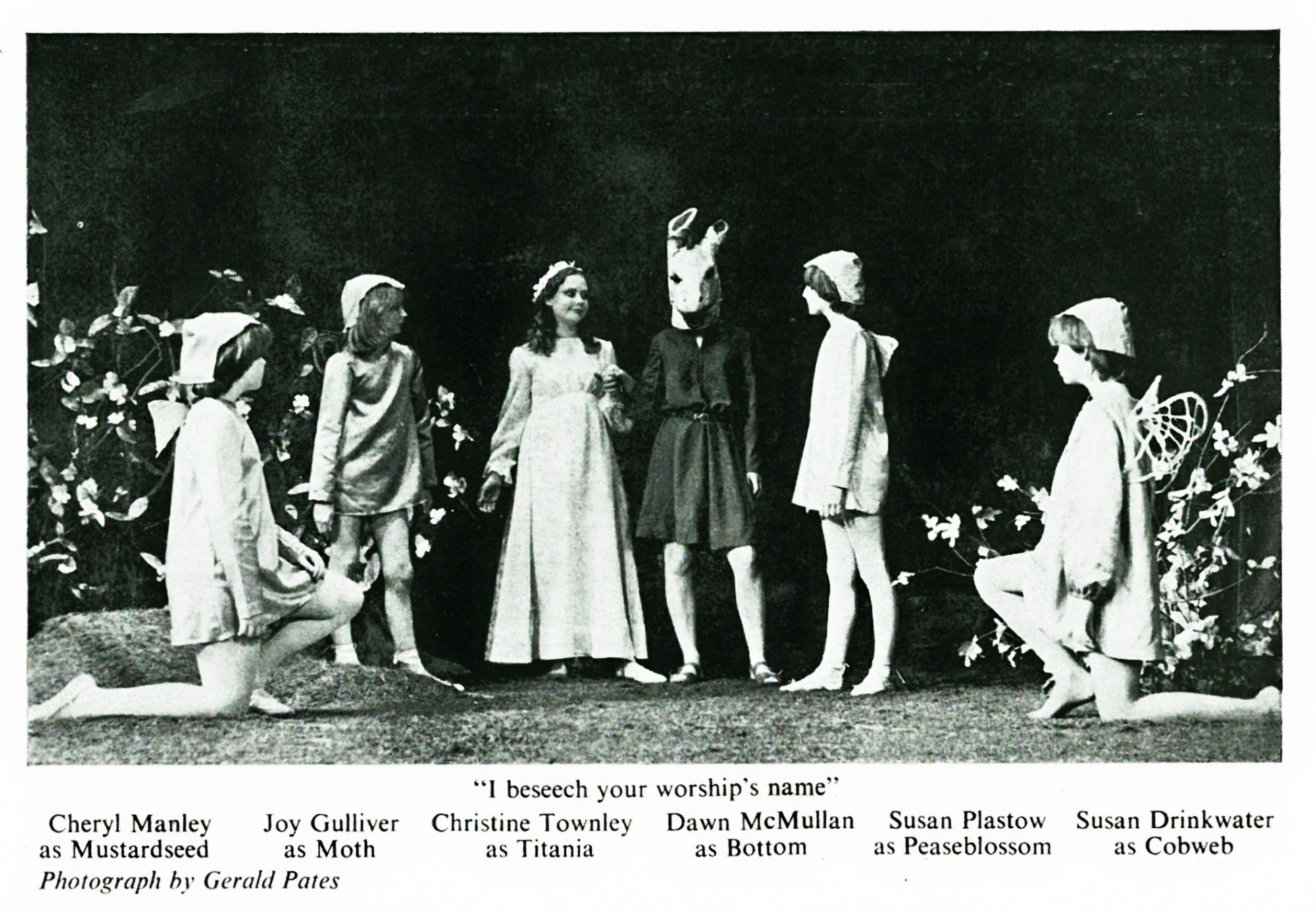 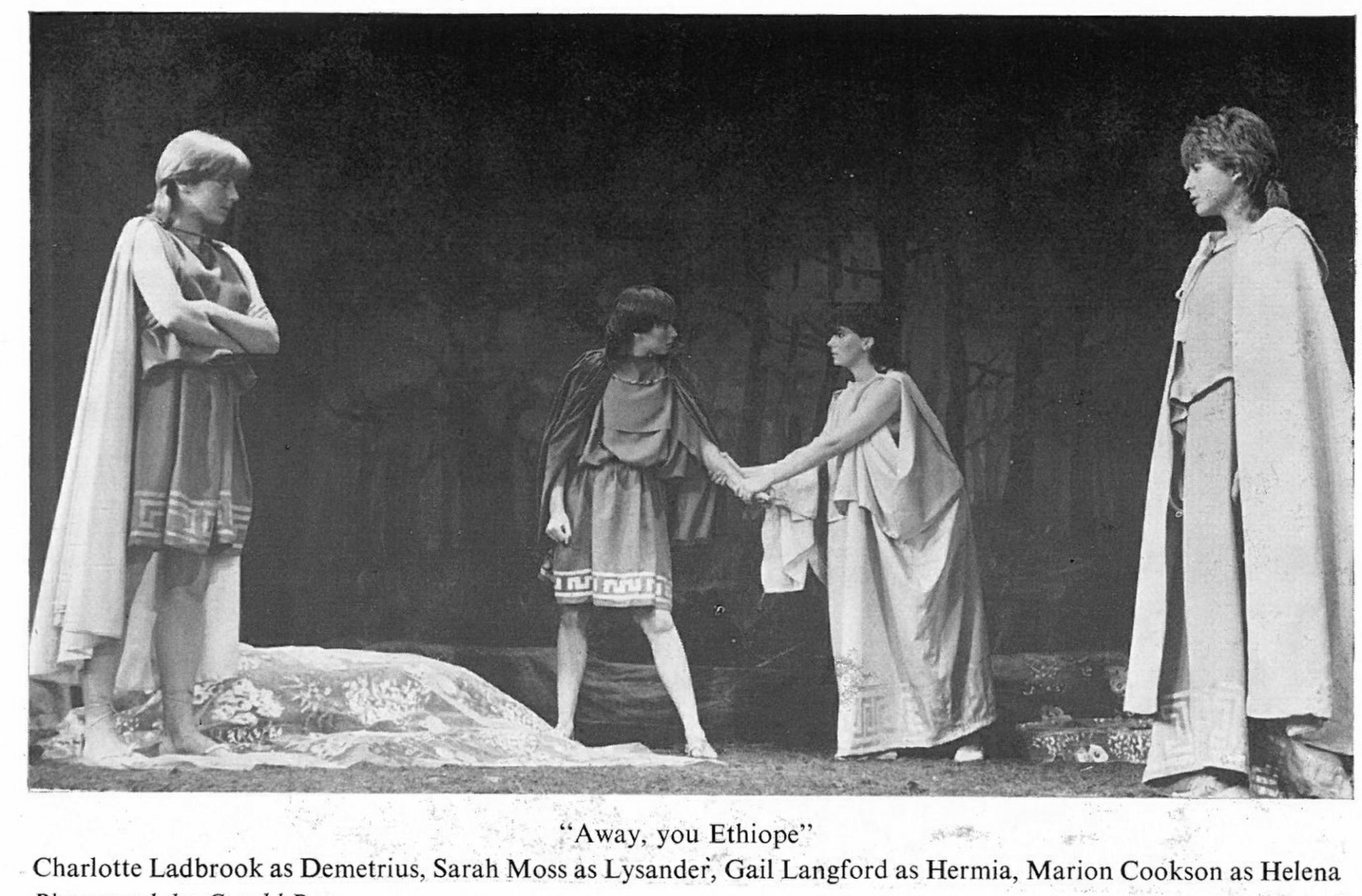 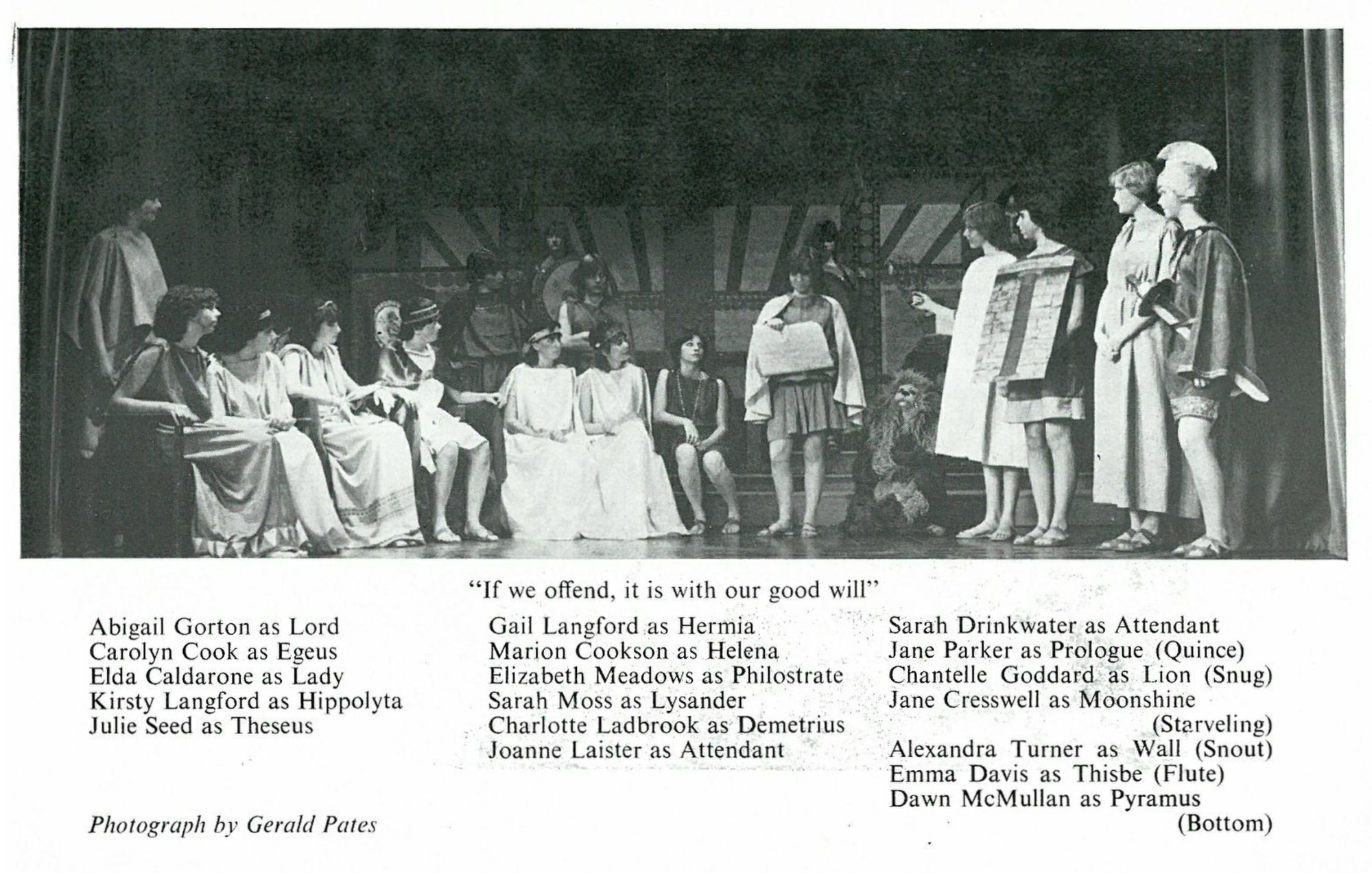 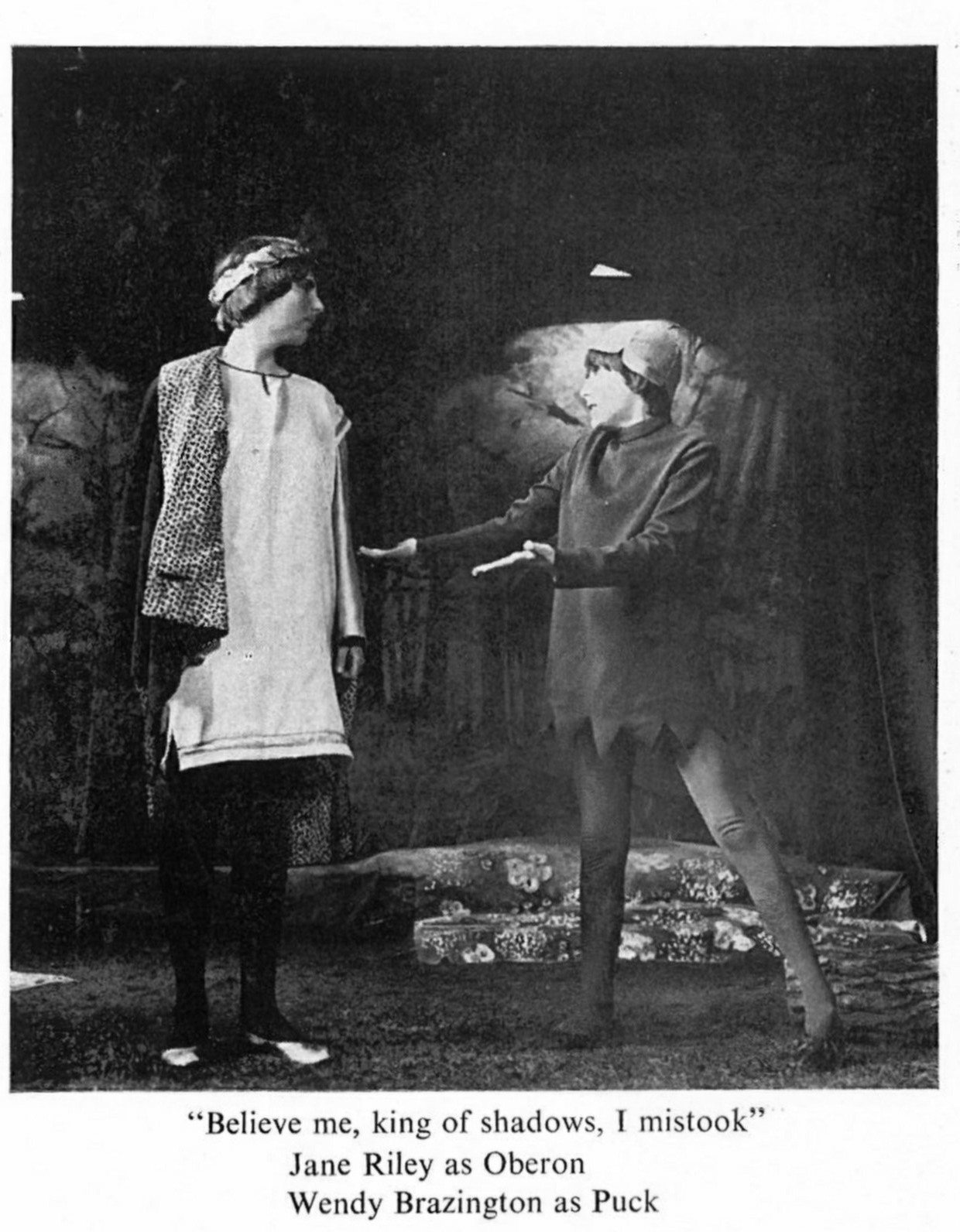