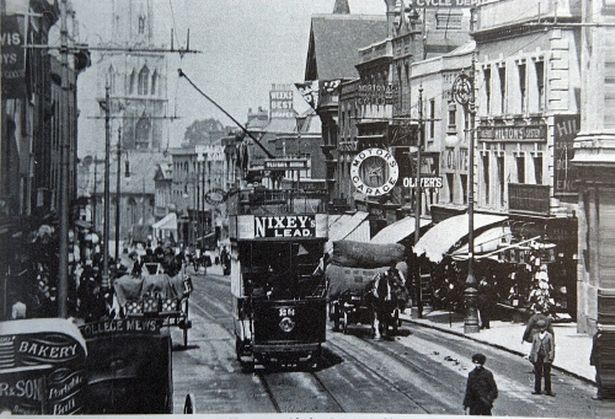 1883 - in the forty-sixth year of Victoria's reign, in Gladstone's second ministry, a year after the British occupation of Egypt, the year before Gordon's arrival in the Sudan, the year after Charles Darwin died, the year before the Third Reform Bill, the year of the Parcel Post, of the new Forth Cantilever Bridge, of the death of Fitzgerald of Rubiyat ame, a year when Tennyson (busy on "The Idylls of the King) was Poet Laureate and Browning and Arnold, the Rosettis, DG and C Morris and Swinburne, Meredith, Hardy and Bridges were, First and Last Victorians together all alive - 1883, when Denmark Road was Hangman's Lane and our present grounds, farmland, when Worcester Street was a stately thoroughfare and the coach for the North set off from The Coach and Horses in Hare Lane, in a memorable year for Gloucester, its citizens took a step that links them to us and founded The Girls' Lower School in Barton Street.  Seventy-five years later, on 1st May 1958, se, in our violent, yet vigorous, age, bridged that span of time from the building erected seven years before the First World War shattered the clam of the early Twentieth Century.  That we could sense, despite the cataclysm of two World Wars, a continuity of purpose and spirits reflects our debt to those who laid a fine foundation and to those whose wartime sacrifices preserved their traditions for the young of the next generation.

1st May was a day everyone present will remember.  It started in brilliant sunshine at 9 o'clock.  Pupils, mostly in summer dress, streamed through the School gates.  The building stood out sharply against the brilliant blue of the sky, and the two flags on top of the School fluttered gaily in the breeze.  Once inside, the noise was tremendous, everyone questioning as to what was to happen and how the day was to be spent.

At a quarter past nine, we had a short service of Thanksgiving in the hall.  After this, Miss Jewsbury gave a short, but interesting, account of the history of the School while the photographer took photographs.

The the big moment arrived, Judith Travers, the Head Girl, presented Miss Jewsbury with a money-bag containing the contributions of the Sixth form.  She explained that the School wanted to surprise Miss Jewsbury by each form's presentation of a bag containing money with which to buy a present for the School.  All the Form Prefects and Miss Green, on behalf of the Staff, went up amidst loud applause and Miss Jewsbury gratefully accepted each contribution.  She then said all this had, indeed been a great surprise and that we had done very well in keeping it a secret from her.  Her own gift to the School was a picture - a print of the 'Place de Tertre' by Utrillo - for the new library.

Miss Crombie, the Canteen Supervisor, and Ethel the assistant Cook (who has been at School for over 30 years), then presented Miss Jewsbury with the birthday cakes they had made for the Houses.  Each House Captain received a large cake, elegantly decorated and adorned with a ribbon of the House colour.  After this, the assembly dispersed and special, and now eagerly anticipated, House Meetings took place during which the cakes were cut and everyone had a piece.

Next, recreation came.  A great treat was to sit in the front gardens and notice certain trees dear to the School - the May tree, the Magnolia tree given by Dr White, and the little grove of fir trees.  Once again, the gay, unending chatter reflected everyone's high spirits.

At 11 o'clock came the concert in which Janet Richardson sang a solo, Jennifer Gardiner and Adrienne Thomas played a duet on the piano and several other people helped to entertain the rest of the School.  Everyone enjoyed the community singing under Miss Burden's helpful guidance.  Shortly after 12 o'clock, the concert ended and we went to dinner, looking forward to what promised to be a thrilling afternoon.

The Afternoon of the 75th Anniversary

Miss Monica Sims wrote this piece in the Jubilee Journal, about her memories of school:

It's strange how many of the things I think of when the word 'school' is mentioned centre around the hall.  My outstanding visual memory of school is of acres of slippery polished wood block floor in an enormous clean and clinical space.  It is still slippery but not nearly so big or awe-inspiring and I wonder whether Old Girls have the same impression."

Congratulations to Jean Goodman who has been awarded the degree of Doctor of Philosophy at the University of Liverpool.

Jean Foyle (nee Kingscroft) has been appointed to the Gloucester City Bench of Magistrates. 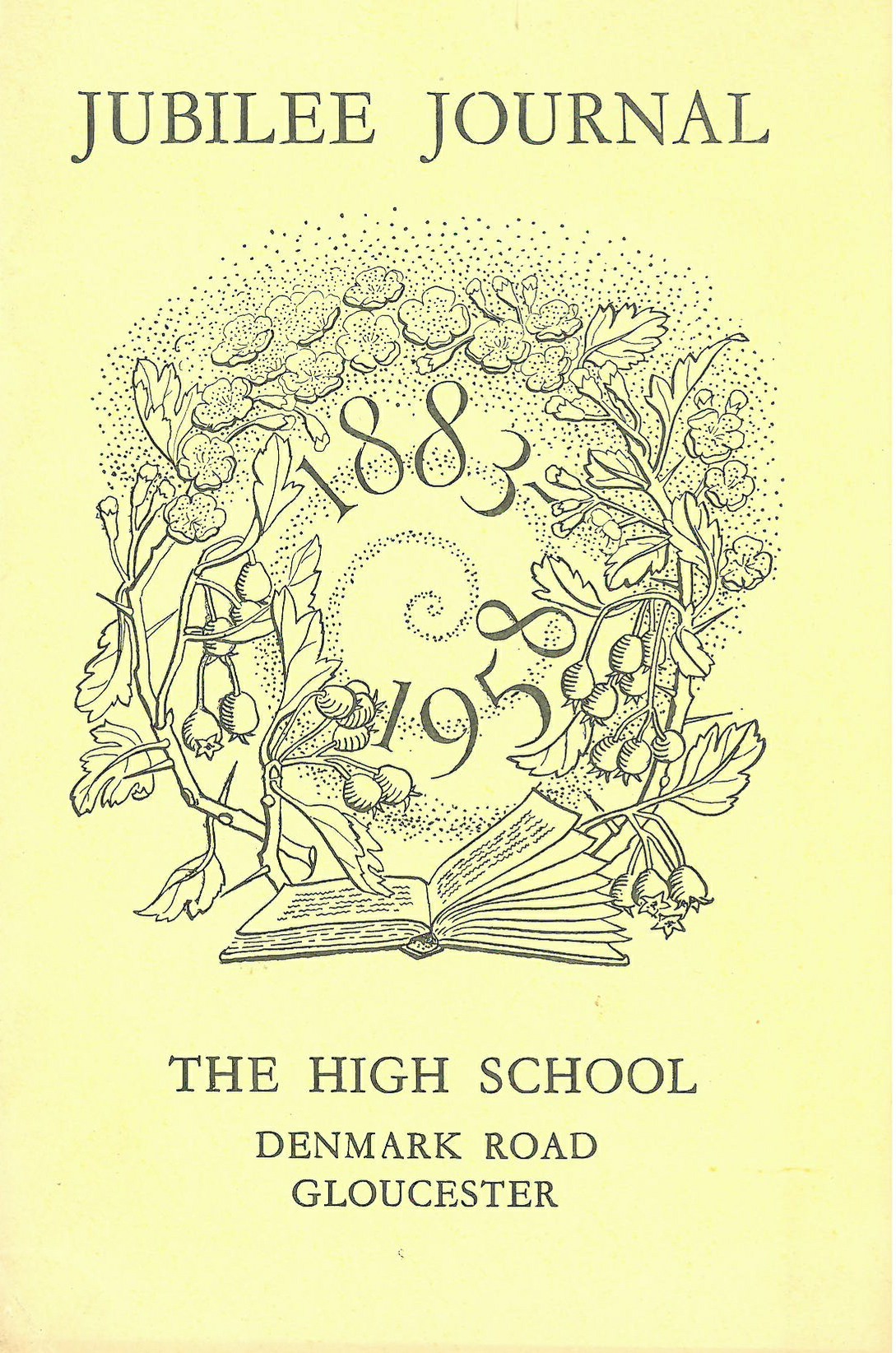