"In the forty-sixth year of Victoria's reign, in Gladstone's second ministry, a year after the British occupation of Egypt, the year before Gordon's arrival in the Sudan, the year after Charles Darwin died, the year before the Third Reform Bill, the year of the Parcel Post, of the new Forth Cantilever Bridge, of the death of Fitzgerald of Rubiyat fame, a year when Tennyson (busy on "The Idylls of the King) was Poet Laureate and Browning and Arnold, the Rosettis, DG and C Morris and Swinburne, Meredith, Hardy and Bridges were, First and Last Victorians together all alive - 1883, when Denmark Road was Hangman's Lane and our present grounds, farmland, when Worcester Street was a stately thoroughfare and the coach for the North set off from The Coach and Horses in Hare Lane, in a memorable year for Gloucester, its citizens took a step that links them to us and founded The Girls' Lower School in Barton Street."

Mynd House in Barton Street was rented, adapted and refurbished.  Miss Hickey was appointed on 1st May 1883 to the post of Headmistress of the new Girls’ Lower School, just down the road from Suffolk House. 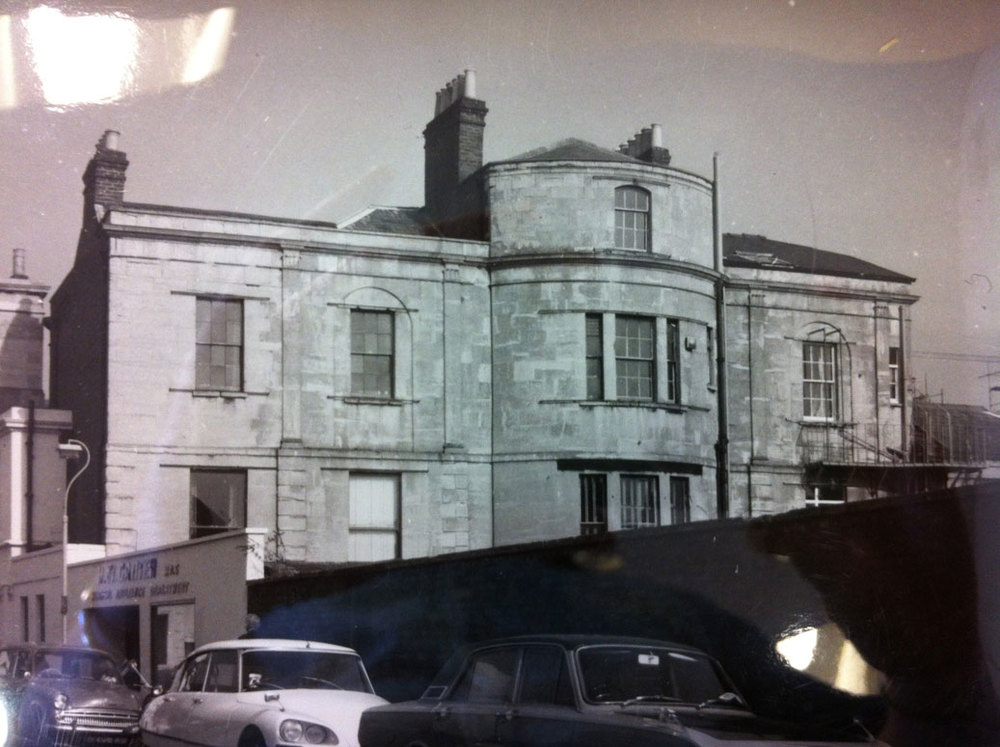 Miss Hickey was the first Headteacher of the newly started Girls’ Endowed School in Mynd House. There were 50 pupils and 3 teachers. Six months after the school opened there were 92 pupils.  By January 1885 there were 150 pupils and 5 teachers.

In 1885 a plot of land became available in Denmark Road (before 1863 known as Gallows Lane) and this was suggested as a suitable spot for the girls’ school.

In March 1895, 12 ladies were interviewed from a selection of 64, who had applied for the post of Headmistress.

Miss Barwell was appointed.  She was Headteacher for 24 years. She started the school library.  She also introduced  medals for punctuality and regular attendance.  She started in August 1895.  She died at the age of 87.

No trace of its murky past

Is borne on the wind that blows

Down Denmark Road, which now consists

(Or I see from the agents’ lists)

But once at the end of the lane

Where they strung you up if you stole a sheep,

And folk would see as they rose from sleep

To obey the laws and be good.

Nothing to make you frown;

Clean as a whistle and smart as paint,

Just go and see for yourself if it ain’t

The smartest street in town.

What's happening in the world?