Year 13’s last day – an emotional event for the whole school, The General Election – Finding out your local candidates’ stance on education, Look out for our winning House Competition sculpture  and The School’s birthday celebrations 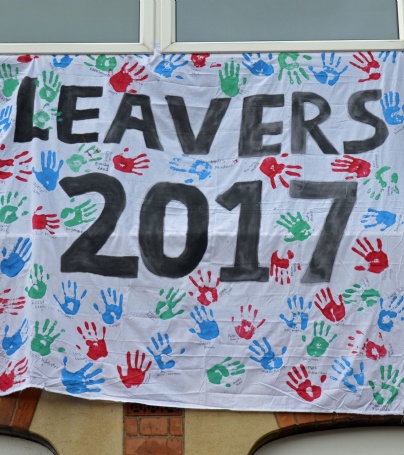 Year 13's last day - As is tradition the students all arrived in costume – this year’s theme was “through history”.

Year 13 had a great time on Friday, 12th May - their last day in school before exams start. As is tradition the students all arrived in costume –this year’s theme was “through history”.  We had students dressed up in 1950’s and 60’s fashion, as Dig for Victory Girls, Henry VIII and his wives, Greek gods and goddesses and even as the Flintstones!  The costumes were highly imaginative.  The day started with the handing out of yearbooks, a catwalk of costumes followed by a vote for the best costume.  Students then took part in The Great High School Quiz before enjoying a break time of childhood cakes in the Common Room, as no one grows out of caterpillar or football cake!  After break, the Tutor awards were presented in the Hall before I led Year 13’s final assembly.  As a surprise the Senior Leadership Team dressed up as pioneers, and who else could I be but Emmeline Pankhurst!  My key message from the final assembly was that these pioneers achieved great things because they believed in themselves and valued their own talents.  They had the courage of their convictions.  Year 13 were urged to continue to keep their minds wide open going forwards so that they can continue to explore, discover and dream. We’ll miss them and we wish them all the very best for their upcoming exams.

The General Election – finding out your local candidates’ stance on education

If you have the chance to catch up with any of your local candidates ahead of the General Election,  it would be great if you could find out more about their and their parties’ stance on education.  For example:

1.     Do you think education should be de-politicised to avoid sweeping change and uncertainty and is your party willing to commit to stability to avoid unnecessary and expensive changes in curriculum and accountability measures?

1.     What are your priorities in supporting schools in tackling societal issues, protecting children in the digital age and ensuring that the education system protects/supports the mental health of children?

2.     Do your party’s educational policies deliver the skills necessary for 21st century employability?

1.     Do you think that we can build a world class education system with a systematic drop in national per pupil funding?

2.     How will you ensure schools are sufficiently and fairly funded?  Will you review the National Funding Formula to achieve this?

1.     What are your party’s plans to deal with recruitment and retention crisis in teaching (so few joining and so many leaving), and how will you ensure that teaching remains an attractive and respected profession?

Look out for our new House sculpture

During half-term we’ll be putting up our new House sculpture by the car park within the school grounds.  The sculpture is a result of a competition held by the Premises Development Ministry of the School Parliament which was won by Grace Matthews (Year 8). The students were so impressed with Grace’s design that they asked that the sculpture be displayed for all to see.

I hope you like this new addition to the School grounds.  I will include a photograph of the sculpture in a future email, but please come and view it for yourself from June.

A huge thank you to everyone who attended the School’s birthday celebration on 28th April. We collected £130 which will be used by the School Parliament to enhance facilities for the students. I will let you know exactly how the money will be used once they’ve decided.