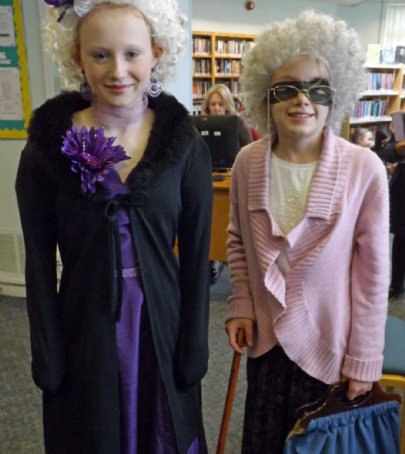 Year 11 and 13 had their photographs were taken this week.

District and Year 7 and 11 Netball

On Tuesday Year 9s played in the District Netball tournament and Year 8’s on Thursday.  I am delighted to announce that the HSFG’s A teams won both tournaments defeating Ribston in the final.

The Year 7 and 11 netballers are looking forward to the PGL Netball weekend beginning today and returning on Sunday.

You will be able to read further details about these events in our newsletter.

As you are no doubt aware there have been some “bomb threats” to schools in the West Midlands.  I  must emphasise that these have been hoaxes.  As a result the school has updated its BUSINESS CONTINUITY PLAN which covers security within school.  All students were briefed last week about the different bells that will sound should we have an incident such as a “bomb threat” or the need for a “lock down” and what they will be required to do under guidance in the case of a “bomb threat”.  Our evacuation centre is Gloucester Rugby Club and we have plans in place should we not be allowed back on to the school site.  Can I just reassure parents that the students are absolutely excellent during a normal fire evacuation.  There is an orderly evacuation of the buildings and everyone takes the situation very seriously.  The whole thing is done in silence.  The students are impressive in their approach.  We are not anticipating any incidents but want to be prepared for all eventualities.

The National Crime Agency’s CEOP Command has revised and updated the parents’ content on the Thinkuknow website.  The new site offers a completely refreshed suite of articles and guidance on all aspects of child internet safety such as online sexual abuse: webcam and images, online grooming – how does it work, reporting to social media sites, using parental controls, worried your child has shared too much online and many other aspects.

This site offers specific advice for parents and carers on preventing their children from becoming victims of sexual abuse and exploitation both online and in the real world.  A link to the website is here.  Please do take the time to look at the information.

As you are no doubt aware on Thursday, 21st April 2016 Her Majesty Queen Elizabeth II will celebrate her 90th birthday.  To celebrate this historic royal event the Tower Mint have produced a medal for schools. This is a 32mm solid gilding medal which is presented in a bespoke royal blue and gold embossed card within a protective perspective cover.