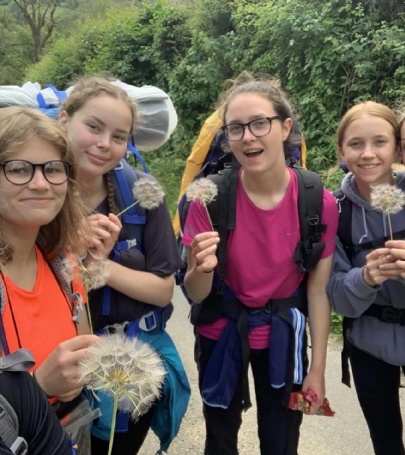 Our School, Our Week 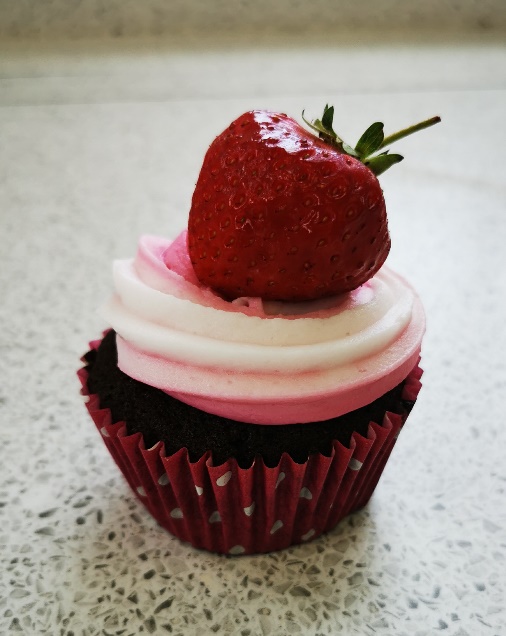 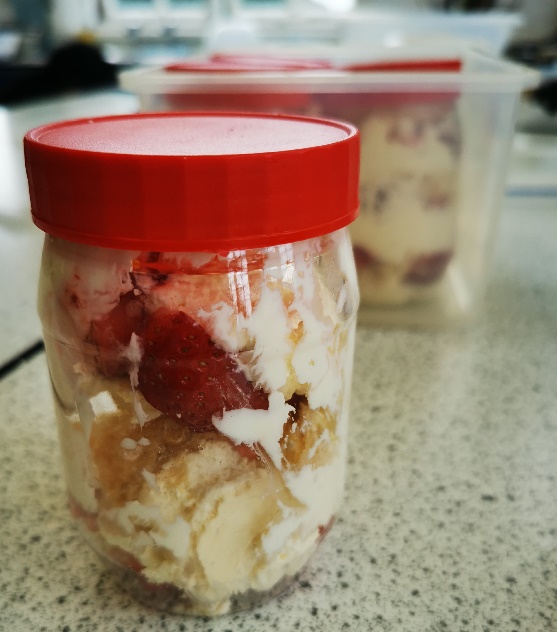 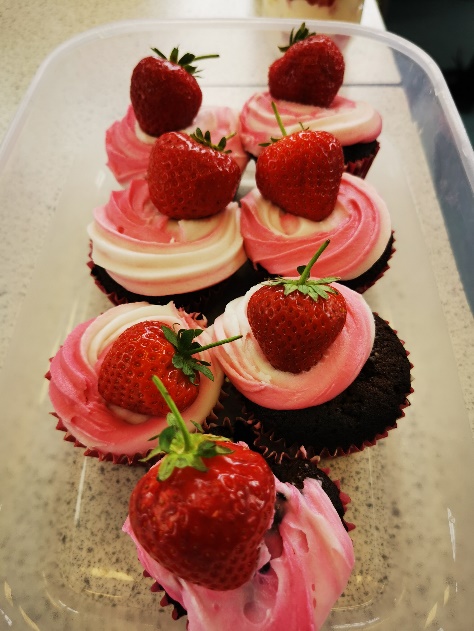 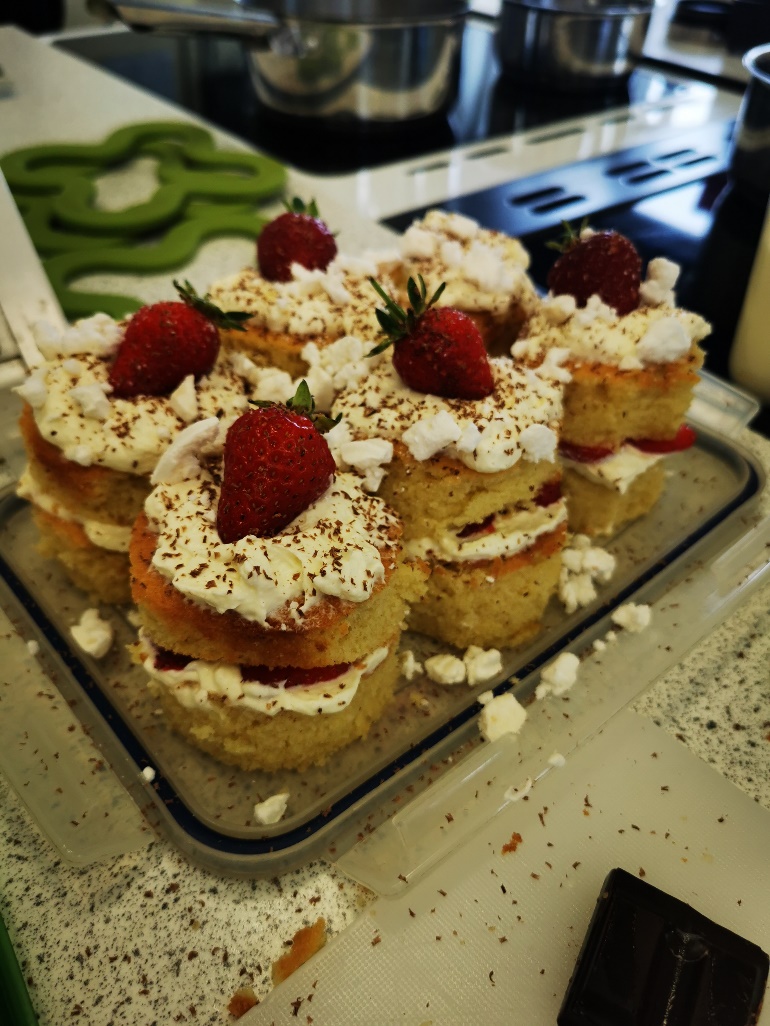 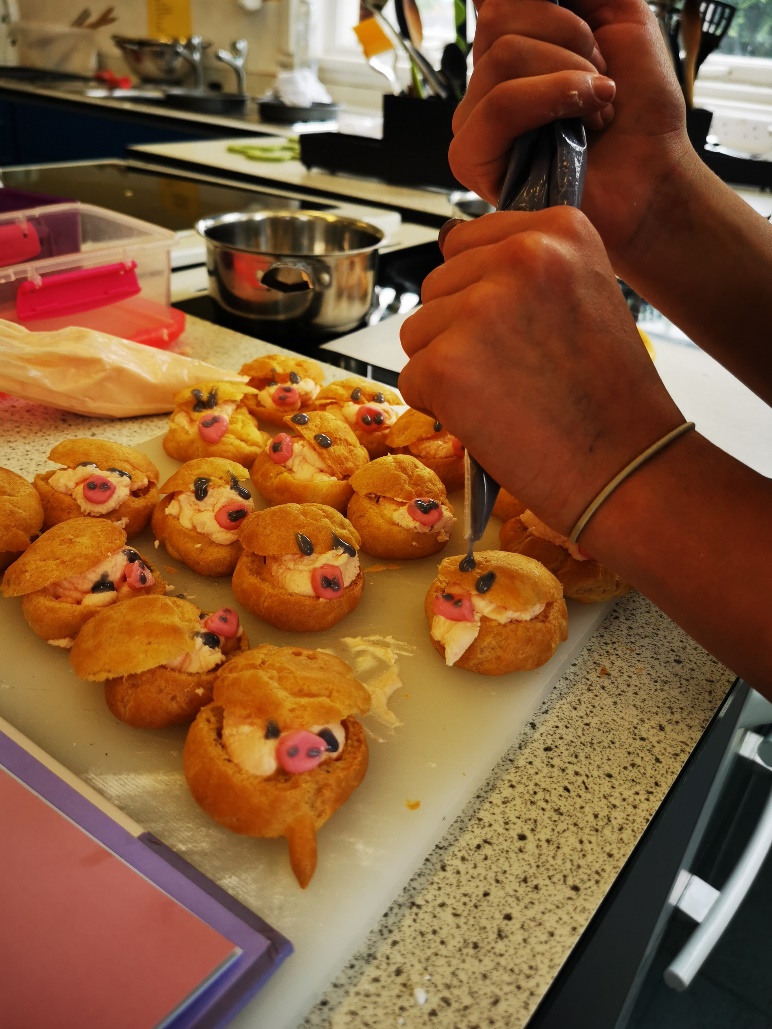 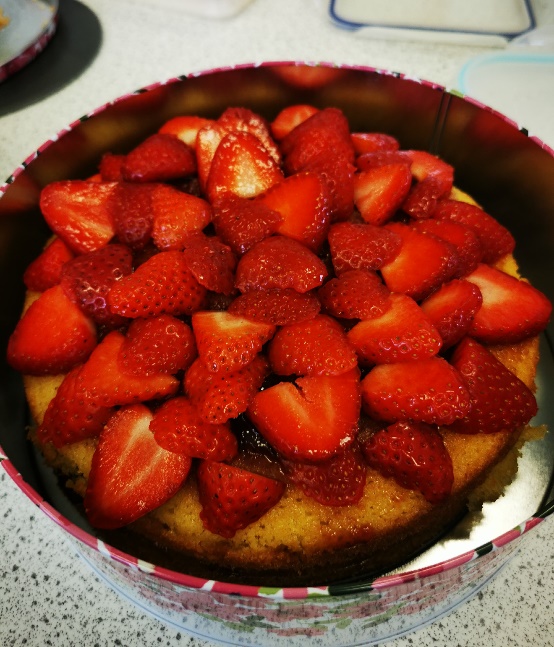 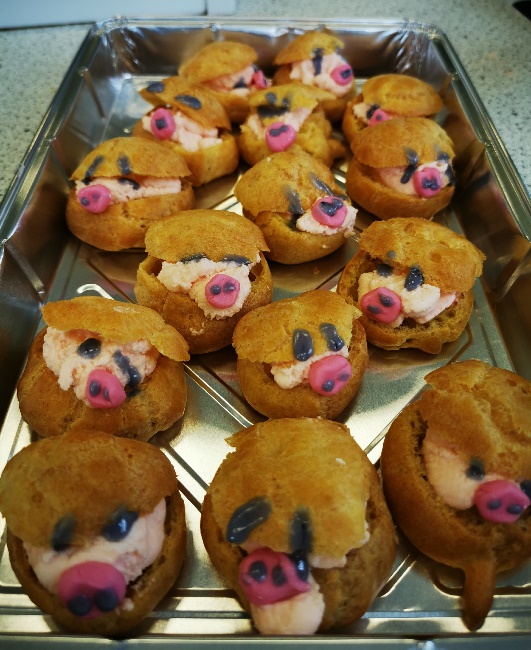 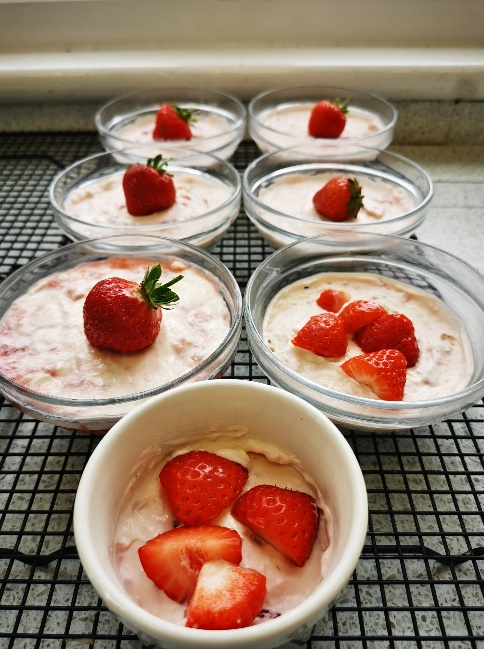 Year 8 Creating their own coral reef

The Year 8s have been following the topic 'Save our oceans'. 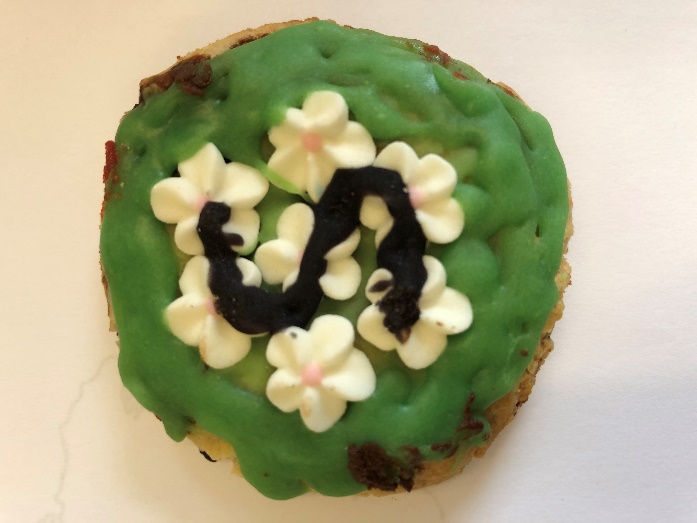 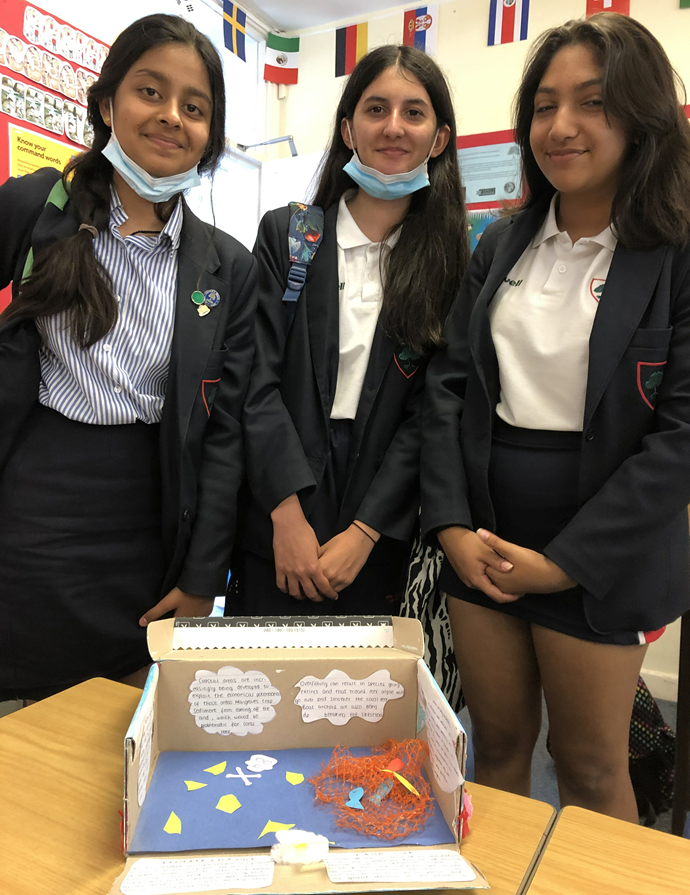 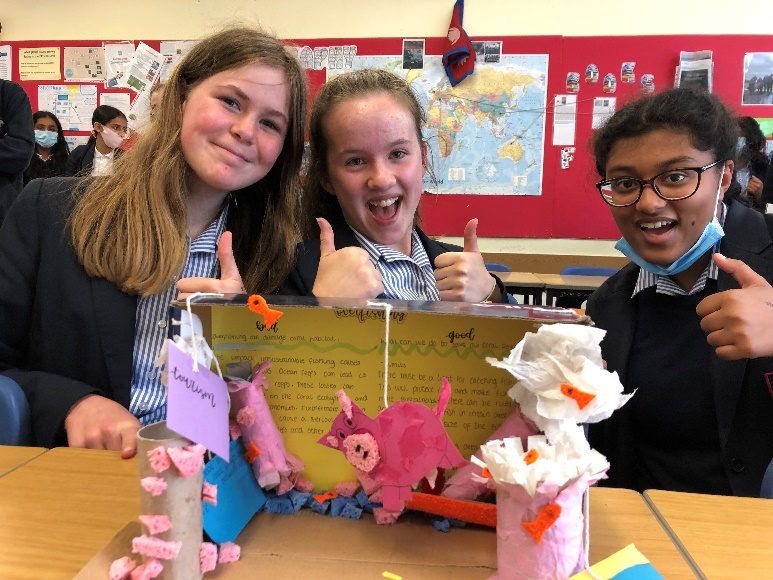 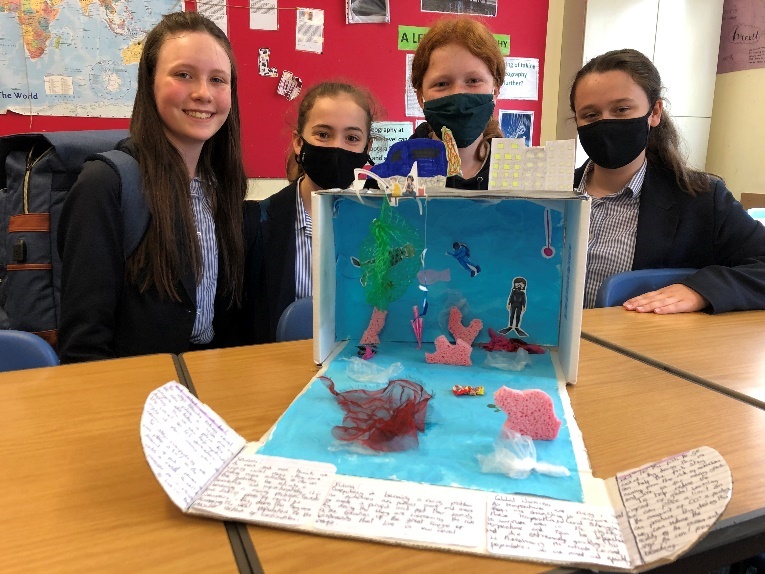 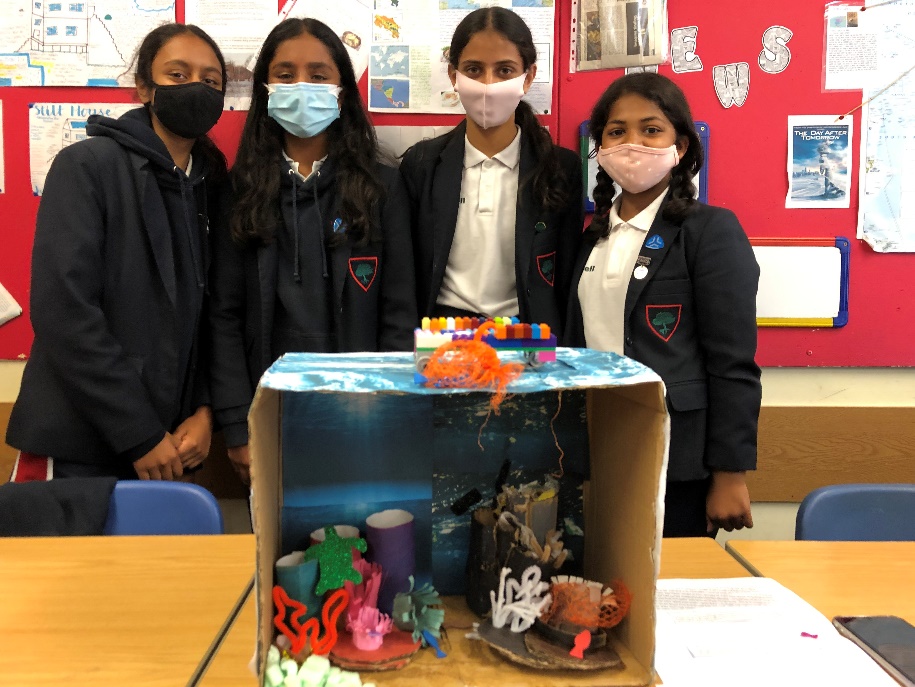 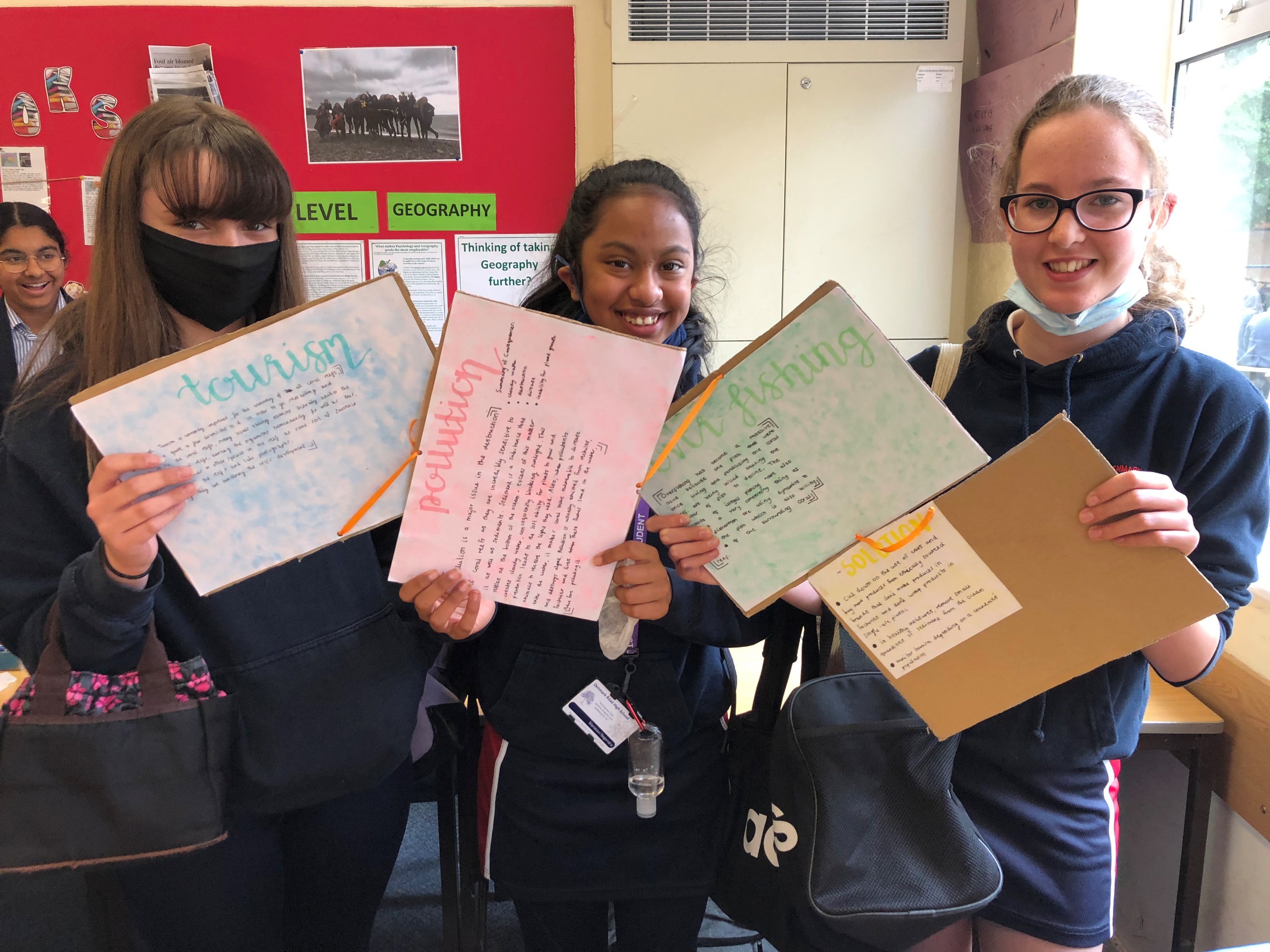 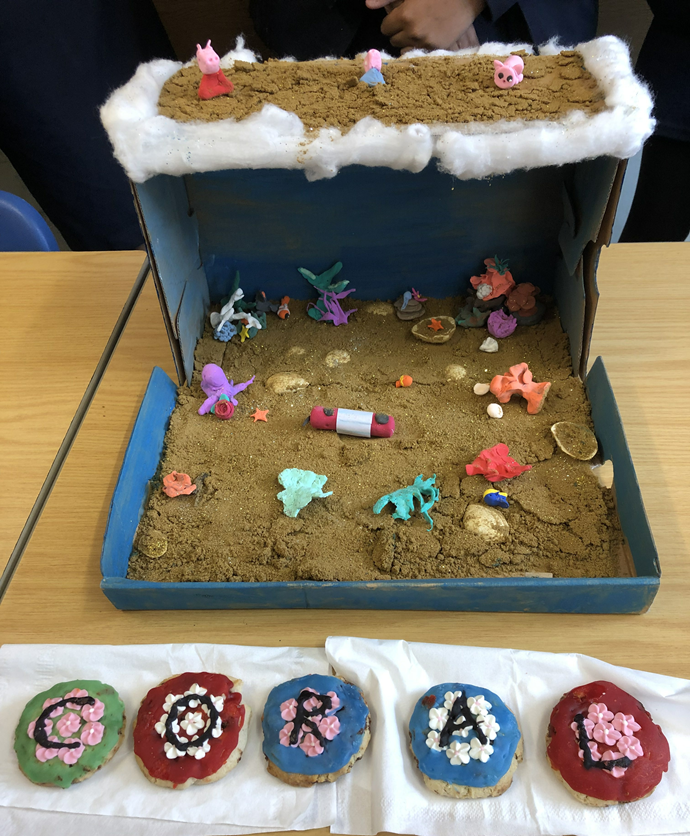 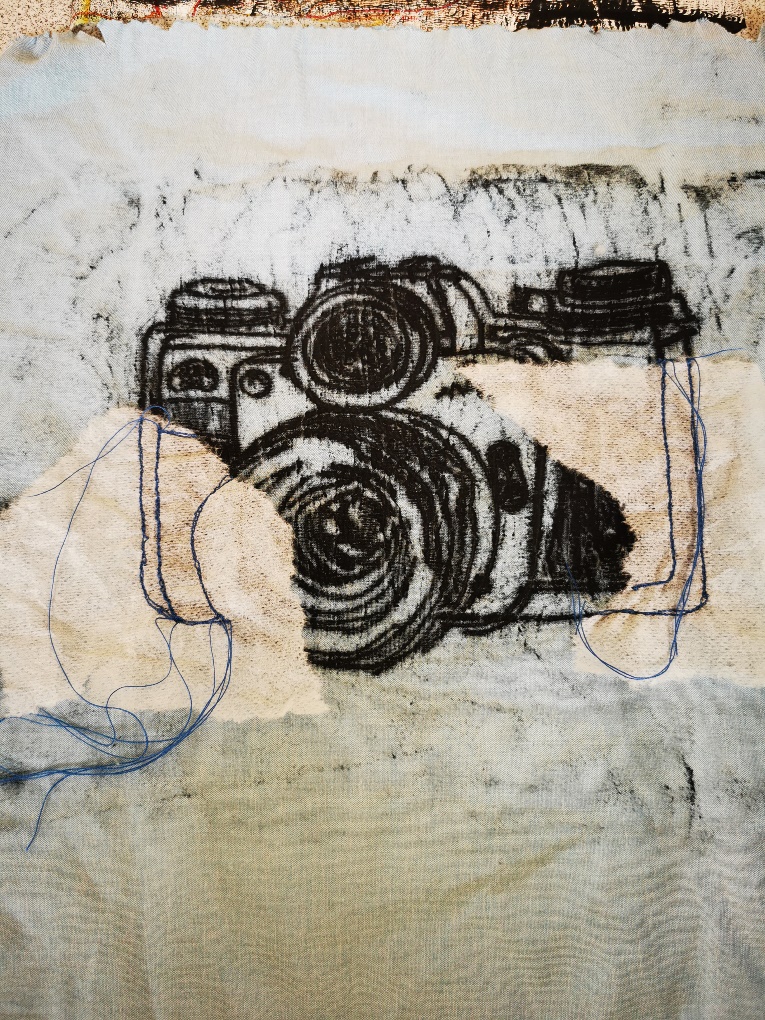 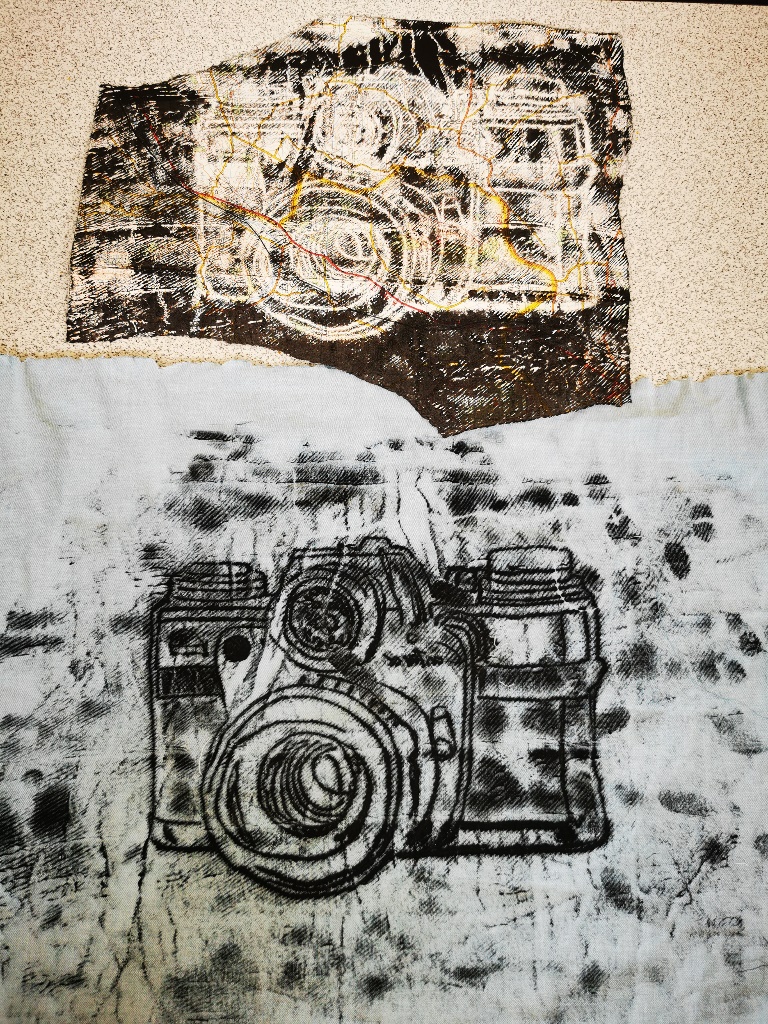 Usually at this time of year the doors of Denmark Road's creative departments are thrown open to showcase the fantastic work created by our students.

Unfortunately, due to COVID restrictions, this has not been possible. However, we have come up with a creative way of allowing everyone to see the wonderful work they have produced.

Staff have been busy photographing a selection of Art and Textiles work from GCSE and A Level students to compile and showcase in an online exhibition.

More information about the 'Virtual Viewing' of this year's DRHS exhibition will come out soon.

After the U15 team’s foray into the National T20 hardball competition, it was the turn of the U18 side on Tuesday 22nd June. After qualifying from the group stage by default, we drew Millfield in the quarter finals, and were lucky enough to play on their main pitch with proper umpires - an incredible experience in an amazing setting (see pictures for the view from the pavilion balcony!)

After winning the toss, we batted first (obviously). Katie Jones and Betsy Mangan opened up, and compiled a superb opening stand of 84 from 13 overs before Betsy was bowled for 23. This set the platform for the rest of the team to just go for it, and with contributions from Liv Brock, Becky Greenough, Flo Hampton, Tilly Hall and Gabby Russell, we finished on a brilliant 147-5 from our 20 overs. However, a special mention has to go to Katie who batted for the entire innings in making an outstanding 74 from just 52 balls - well batted!

This gave us a real chance against a strong Millfield side, and we started really well in the field too, with tight bowling from all the bowlers - including Year 8s Bea Whitelock and Gabby Russell - meaning Millfield were on 57 off 10 overs, just 3 runs more than we had at the same stage. Our fielding was also excellent with Abbie Kinder and Alice Upton (both Year 8) making some good stops, and Amelia Moore (also Y8) and Tilly Hall launching rocket throws in from the boundary. Sadly, Millfield’s experience told in the end, and despite Betsy picking up the wicket of Western Storm academy player, Jess Hazel, with a sharp caught and bowled, we didn’t pick up the wickets that would have made Millfield really panic, and they eventually won with just 8 balls to go.

We had an incredibly youthful team, with five U13s, one U14 and two U15s in our line-up, alongside the senior pros Betsy, Liv and Becky. The girls should be incredibly proud of their efforts in pushing such a strong and renowned sporting school so hard with such an inexperienced side. The girls were outstanding as a team in helping and encouraging each other and they will be all the better for the experience when they try again next year. It was a pleasure to watch them, and a great experience for them to play in such a match on such a great ground for cricket - well done everyone! The view from the balcony (Glastonbury Tor in the background!): The girls in the field: A huge thank you to Mr Schofield for coaching and taking the girls to such an incredible venue!

It’s been a busy couple of weeks of rounders, where our students have had opportunities to play at club and also compete in interschool tournaments/ fixtures. We had a great afternoon where Year 7 and 8 students were invited to compete in an inter-school tournament. It is wonderful to see the improvement they have made since the beginning of the season. 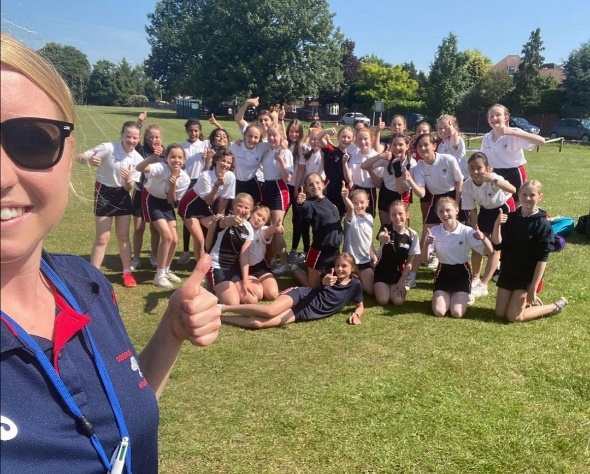 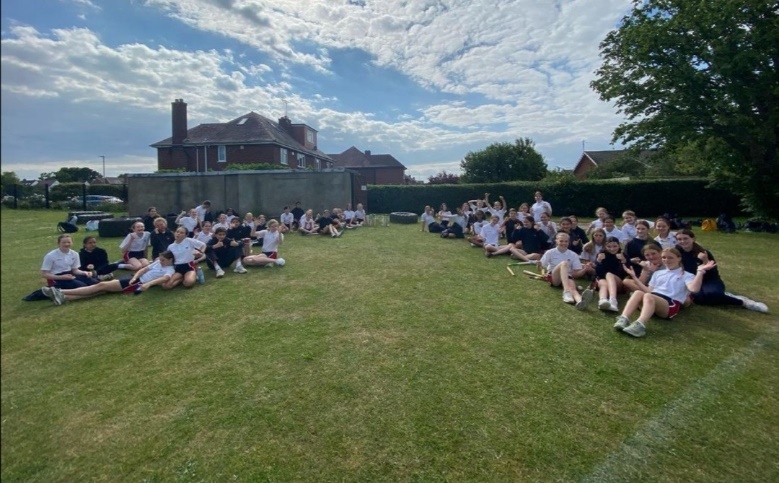 A sunny afternoon saw Crypt host DRHS for Year 9 rounders. At first our batting was a little rusty, but we kept our fielding tight and the score was 7-8 to Crypt after the first innings. Our second batting innings was much improved, which resulted in scoring 13.5 rounders. Our fielding stayed tight and the final score saw DRHS win by 4 rounders! Batter of the match was awarded to Flo Hampton and Fielder of the match was awarded to Millie Baldwin. A great win, well done! 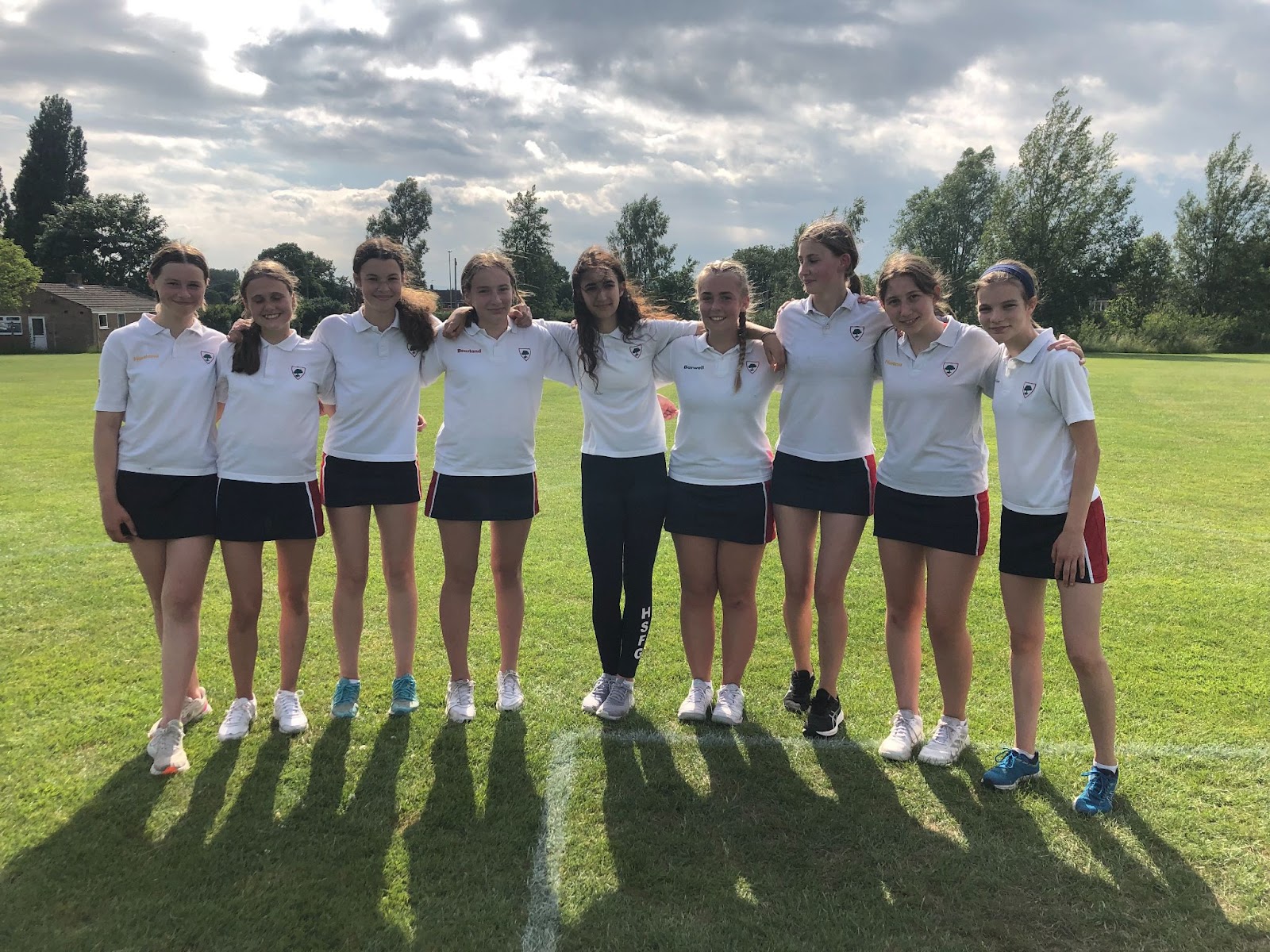 To celebrate National School Sport Week 2021, where the theme was ‘together again’, we put on a range of fun activities for students to get involved with and unite as a year group bubble. Year 10&rsqu